Following its success in 2018, the second International E-Waste Day will be held on the 14th October 2019 to promote the correct disposal of electrical and electronic equipment throughout the world.

International E-Waste Day has been developed by the WEEE Forum, an international association of e-waste collection schemes, and its members. It is used to encourage users to consider repairing their appliances or correctly dispose of them with the resulting increase in re-use, recovery and recycling rates. Last year more than 50 organisations from over 40 different countries worldwide were involved and organised many different types of promotional activities, ranging from conferences and workshops, school and street collection campaigns to social media competitions and campaigns, and online guides and games.

According to the UN, only 20 per cent of global e-waste is recycled each year, which means that 40 million tonnes of e-waste are either placed in landfill, burned or illegally traded and treated in a sub-standard way and this is despite 66 per cent of the world’s population being covered by e-waste legislation. This results in the huge loss of valuable and critical raw materials from the supply chain and causes serious health, environmental and societal issues through illegal shipments of waste to developing countries. The WEEE Forum is inviting all the stakeholders interested in e-waste matters to participate in the 2019 edition of International E-Waste Day.

More information on how to get involved

Pascal Leroy, Director General of the WEEE Forum, said: “The volume of e-waste is continually increasing and contains many valuable as well as hazardous materials that should be recovered or properly treated when items are discarded. While consumer awareness of how to dispose of e-waste correctly is improving, it is still a struggle to ensure that e-waste is collected and treated by organisations with the correct facilities and channels, thereby guaranteeing that this is done so in a legitimate, safe and environmentally friendly way.”

In 2018, Karmenu Vella, EU Commissioner for Environment, Maritime Affairs and Fisheries expressed his support for the International E-Waste Day by saying: “This is exactly the sort of events that Europe needs. It raises awareness on how electronic waste is a big issue, but it goes further by highlighting what you can do to manage, reduce and recycle.” He continued “Electronic waste is the fastest growing waste stream all around the world. Europe produces more of this waste per capita than anywhere else. But as we all know it isn’t really waste. It is a valuable resource and too often it goes to waste. When we recycle e-waste, it pays off for the environment, it pays off for the industry and it pays off in jobs.”

From 2019, the minimum collection rate to be achieved annually will be 65 per cent of the average weight of appliances placed on the market in the three preceding years, or alternatively 85 per cent of WEEE generated. The new collection targets will ensure that around 10 million tons, or roughly 20 kg per capita, will be separately collected. Such a high collection rate is impossible to reach without consumers’ action as currently only 35 per cent of e-waste is officially reported as collected and recycled and the lack of public awareness is preventing countries from developing circular economies for electronic equipment. 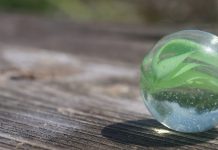 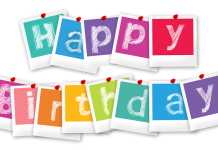