Tana’s first 50 years have been marked by exceptional innovativeness and a pioneering spit, right from its very first steps to the present day. The Finnish company has achieved unprecedented solutions not only in terms of its products but also its operating methods, refusing to stick with the most common solutions unless they are the most sensible for any given situation.

Matti Sinkkonen, founder of the original company Kone-Jyrä Oy, was a technical innovator and inventor. Already his first product, a landfill compactor built around an ordinary tractor equipped with rubber wheels, demonstrated his innovativeness. He was then quick to modify the design with two full-width iron drums, demonstrating his ability to continuously improve his product based on customer feedback.

The company’s speed and agility were also apparent in its marketing activities. Sinkkonen understood from the outset that the Finnish domestic market was too small to support the efficient large-scale production of landfill compactors. Already in 1971, the company exhibited at an international trade fair in Hanover, Germany. Ever since then, Tana has been international in its DNA.

A good inventor constantly gets new ideas. In addition to landfill compactors, the company also manufactured plastic products and patrol boats, which were delivered to the Iraqi military in the late 1970s. At the same time, Tana compactors were manufactured under license in Spain and East Germany.

Tana changed ownership 25 years ago, when its current owner Kari Kangas acquired the company together with two partners. The new owners decided to focus on landfill compactors and create a more simple and productive company.

Product development was accelerated. Norwegian importer Gitmark played an important role in developing the business. In Norway, Tana’s market share in landfill compactors was 100 percent, the Tana Drivers Club was established for customers, and products were jointly developed by the importer and the factory. One example of these R&D projects was a patented swing frame system that protects the gearbox from overloading and possible damage.

By the early 2000s, it was clear that the disposal of waste in landfills was declining. Waste was increasingly being recycled or at least incinerated, a trend that continues to accelerate. The trend began in Europe and has since spread around the world.

Tana decided to expand its product portfolio while continuing its focus on the same industry. An exploratory market study confirmed that shredders would be in demand in almost every circular economy. After product development work, Tana launched its first shredders in 2006. The decision has since proven to be the right one: the demand for shredders today is clearly higher than for compactors, even if many still think of Tana mainly as a manufacturer of landfill compactors.

Tana’s innovations were not restricted to its product portfolio but extended also to its operating methods. In 2008 and still today, most engineering companies have their own engineering workshop where products are manufactured. However, many other industries, such as the clothing or electronics industries, switched to outsourced production decades ago. Tana decided to follow their example and switch to production collaboration.

Its last self-manufactured landfill compactor was made at the Vaajakoski plant in 2008. Since then, Toijala Works has been responsible for manufacturing. By outsourcing production, Tana was able to focus more time and energy on its customers and their needs. There was no longer any need to worry about plant capacity and loads, workshop personnel, property management and the like. These days, Tana is an efficient organization that takes care of extensive business operations, while a reliable partner is responsible for the actual production of its products.

Tana has been a pioneer in its field also in how it has adopted digital solutions. The TANA ProTrack tracking tool for compactors and shredders was light years ahead of the competition. The focus shifted from steel, diesel and hydraulics to electronics, the data from which revealed the profitability of the customer’s processes.

The development of machinery and digital solutions is by no means over. Future apps will enable Tana to provide even closer 24/7 support to its customers. Focusing on improving the solutions for preventative maintenance may prevent machine break downs and save customers money. New machine adjustment possibilities optimize profits and also minimize the environmental footprint. Better fuel efficiency means remarkable savings as fuel costs create a major share of the machine operating costs.

Unlike for instance aggregates waste is a very heterogeneous material with a specific gravity varying from light as a feather to heavy as lead. TANA waste shredders differentiate globally with a digital scale integrated on the conveyor. By that the customers can follow their shredding process.

Tana has set itself the ambitious goal of increasing turnover from the shy EUR 40 million today to approximately EUR 100 million. The company has continued to grow organically for years and will continue to do so in the future, but the growth leap will also require new partnerships.

The waste treatment industry is still relatively young and has many small and medium-sized operators. In the future, some companies will grow larger, while others will fade away or merge with larger ones. Acquisitions are a trend in the industry and Tana intends to be one that continues to grow with its own, strongly customer orientated strategy.

New partners will enable Tana to expand both its product range and sales network, as well as further develop its operations. Tana’s strength in acquisitions is that it is one of the most profitable ones in the industry. What is also clear is that the open-minded and innovative tradition that Tana has maintained for 50 years will continue also in the future. 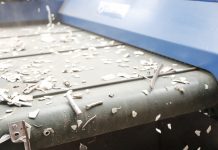 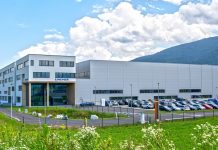 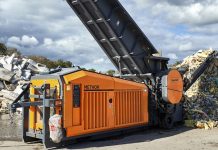 IFAT: Doppstadt to showcase electric motors for its machines