Electronic waste should now be regarded as the greatest threat to our planet, according to the Global Recycling Foundation.

The United Nations has already warned that the current 53 million tonnes of e-waste generated every year will more than double by 2050 making it the fastest growing waste stream in the world. The Founding president of the Global Recycling Foundation, Ranjit Baxi, said: “It may already be too late to stem the tide of the millions of discarded smart phones and other electronic waste from fridges and TVs to microwaves and PC monitors.

“It is not just the items themselves but the irreplaceable precious metals and dangerous components like lithium-ion batteries, cadmium, lead and mercury, flame retardant chemicals and corrosive acid that are used in their manufacture. It amounts to so much toxic waste which if not professionally recycled ends up on waste dumps,” he warned.

According to the Foundation, thousands of containers of plastic and electronic waste are shipped annually around the world to countries which are already incapable of handling the mountains of waste arriving in their ports every year. Mr Tom Bird, President Bureau of International Recycling, said: “We need to promote recycling of the rapidly growing e-Waste volumes to generate valuable Seventh Resource as raw material for the Industry whist helping to meet UNSDG 2030 & Climate change goals.”

The facts speak for themselves:

Over the past 5 years e-waste has grown to 53 million tonnes and is projected to reach 74 million tonnes by 2030. We only recycle some 10 million tonnes of e-waste annually, and precious metals valued at over $55 billion are not recovered and are either dumped or burned.

Burning of e-waste produces over 100 million tonnes of CO2 emissions and must be stopped. GRF calls for legislative support and investments to incentivise growth of much needed e-waste Recycling Plants globally. 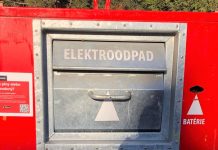 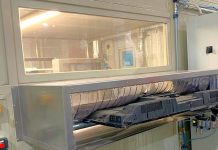 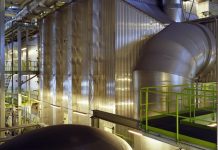