In line with recent regulatory changes and in a rapidly expanding market, Suez is expanding its hazardous waste treatment and recovery capacities in Europe. The Group continues to pursue its role as a major industrial partner in supporting industrials, guaranteeing them safety and regulatory compliance through solutions in favor of the circular economy.

Regeneration and customized solvent production in the Netherlands: Since 1987 at Almelo, in the Netherlands, the Group has been operating one of the largest solvent regeneration sites. This site processes a very broad range of industrial waste products generated in Europe. Regeneration, which is the highest value-added activity in hazardous waste processing means that, after purification, the recycled solvents can be returned to producers or sold to meet industrial demand. To meet the growing demand, Suez plans, by 2023, to double the site’s processing capacity to up to 30,000 metric tons of solvents per year. This project will enable the Group to continue to diversify its activities, extend its major industrial customer portfolio and strengthen the Group’s position in the solvent market. To date, 20 million tonnes of non-regenerated solvents are produced each year worldwide, including 5 million tonnes in Europe. By regenerating these solvents, Suez will enable its industrial customers to reduce their carbon footprint.

Moving towards the circular economy in Spain

Spain is strengthening its environmental legislation with the introduction of traceability of household and industrial waste, from production to the management of dedicated channels. The evolution of environmental tax regimes from 2022 onwards will encourage recycling and recovery of waste in dedicated centers, primarily in Spain, that had up to now been landfilled. With national hazardous waste production estimated at 3 million tonnes per year, Suez plans to step up its presence in this area of business by creating a new recycling and recovery site in Legutiano in the Basque country in Spain. By 2023, this facility could process more than 30,000 tonnes of industrial waste per year from local industries, such as effluent treatment sludge and metallurgical residues. Thanks to the recycling and recovery processes selected, the secondary raw materials produced could be re-used by industrial players in their production cycles. SUEZ currently supports more than 1,300 customers and manages 150,000 tonnes of hazardous waste via four facilities, including the Legutiano site. 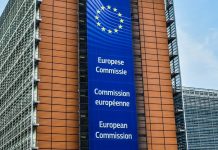 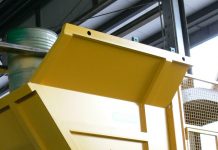 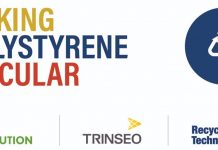 Plans for first polystyrene recycling plant in Europe are progressing