ICIS Recycling Conference: The plastics industry is changing – because it has to

That’s the general consensus among some of Europe’s leading plastic industry commentators – the very people working to re-shape the industry.

While plastic, in its myriad forms is ingrained in every aspect of our life, ‘plastiphobia’ has entered the vernacular as a condition, and the regulators are cracking down hard on an industry that already faces a number of complex challenges. But plastipobia shouldn’t be a thing. Plastic should not be demonised, rather treated like the crux of modern living that it actually is. The problem is not with plastic per se, rather recycling of plastic and its inappropriate usage.

The plastics industry has become acutely self-aware, and some might even say introspective. Directive targets must be met, new processes researched, developed and launched, and consumer education delivered, and consumer expectations met. And looming over all of this is the spectre of sustainability, and the demonisation of plastics.

Speaking at “Circularity for Polymers: The ICIS Recycling Conference” in Berlin last week Paul Hodges, Chairman of International E-Chem, said there’s an awful lot of work to do in a very limited time. “It’s very clear there’s a paradigm shift going on in the industry. Companies are waking up to the fact that waste plastics are a really big issue – one that’s not going to go away. Single use plastics are going to be in the firing line for the next few years – and business models simply must change,” he emphasised.

Hodges added that at the core of the shift required is the fact that people don’t know how to recycle plastics, but they do understand why we need to: “We haven’t got the technology available. We haven’t got the collection processes setup. We need to move away from throwing rubbish away at waste sites and focus instead on developing resource centres, based on a distributed network of local chemical recycling plants.” That move to smaller, local chemical recycling plants – which are more efficient and effective at separating out the different types of plastic to help better achieve the dream of a circular economy – is certainly on the horizon, yet still only a nascent industry.

Richard Daley, Managing Director of ReNew ELP, is at the cutting edge of chemical recycling. ReNew ELP are in the final stages of development on the first of four chemical recycling processing lines, with each line processing 20,000 tonnes a year. Their Cat-HTR technology utilises what Daley describes as “a unique hydrothermal upgrading process, using supercritical water to break down plastics into reusable, valuable chemicals and oils”. Interestingly, target feedstock for processing is the residual plastic after mechanical recycling has taken place, such as flexible, multi-layer films – and ReNew ELP sees itself as complementary to the mechanical recycling process.

Echoing Daley, ICIS Senior Editor, Recycling, Mark Victory, said: “Chemical recovery is better in theory – but there are issues with cost and yield. In theory, it’s good, but there are still the same challenges of collection – and it will be five to ten years – an optimistic estimate – before we see large scale chemical recovery.” Victory identifies another hurdle, in that collection is simply not big enough. He says local authorities – where most responsibility for household waste collection lies – have been underfunded since the global economic downturn more than a decade again, and investment in infrastructure has not kept pace with the growing complexity of packaging as a result. And that domestic issue is further exacerbated by China’s decision to stop taking waste plastics from the rest of the world.

“Investment in waste collection hasn’t kept pace with the increasing complexity of packaging,” explains Victory. “And since China stopped accepting waste, there’s more contamination in our domestic recycling – wastage rates have increased, because China used to take the lower quality waste material – which they could use in industries such as textile –but is now being incorporated in to domestic bales. The scale of demand and size of the undersupply is also meaning material are having to be produced at maximum capacity and stretched further, which also has an impact on contamination levels. In recycled polyethylene terephthalate – for example – we’ve seen wastage rates increase from 25 per cent in 2009 to 30-35 per cent currently.”

Hodges added that what the industry urgently needs are project teams to work out how to produce more sustainable product and better recycling collection and processing facilities. “We’ve got 18 months to work this out,” he warned, “Because if we don’t do it, brand owners are going to say ‘look we’ve made a commitment to the consumers to have done this by 2025. You’re not moving. So we’re going to have to do something else.’ We have six years to work this out – and we don’t know what to do.”

Hodges feels the brand owners which have committed to the 2025 deadline need reassurance from the plastics industry. “We need to reach out to brand owners and say we have got the technology sorted out, the business model sorted out and the finance sorted out, so trust us, we will now deliver so you can deliver what you need to do,” he said. ICIS’ Senior Analyst of Plastics Recycling, Helen McGeough explained: “Plastic packaging is more complex than ever before, modern packaging is has moved beyond just functionality to a marketing tool. But we need to strip it back to a simpler level and encourage recycling concepts at the design stage.

“The EU has set the bar high with the Single Use Plastic Directive, requiring higher collection rates even with 2018 recovery rates for PET bottles in Europe at 63 per cent, and 55 per cent in the UK. The European country PET collection rates range vary across member states reflecting the differences in systems, consumer participation and government ability to prioritise investment in waste management. This lack of standardisation in everything from waste infrastructure to final R-PET product specification continue to present as many challenges as opportunities for one of the most developed recycled markets in the plastic industry,” added McGeough.

Mark Victory stated that: “The sector needs heavy investment, to catch up across the entire chain. There’s no point in everyone wanting to recycle if the infrastructure isn’t there. We are relying on people to understand and embrace recycling systems – which is hard to predict. There’s a strong education element to it. For most people, plastic is simply plastic – they are unaware of the different types and what to do with it.”

Hodges concurred on the need for investment, emphatically suggesting the industry needs to provide funding: “The amounts the industry is committing to this sea change is next to nothing – 25 million here, ten million there – come on guys, you know, we’re talking about a hundred billion industry here. You can’t start with pocket money!” Hodges sees the biggest industry challenge – and perhaps opportunity – as the shift from massive mechanical recycling plants to smaller, local chemical recycling plants. “The new industry business model is small scale and local, whereas for the last 30 to 40 years, all we’ve talked about is massive and global – and this is a complete game changer,” he concluded. 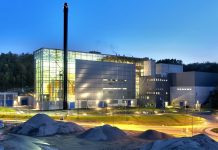 ESWET: A resilient waste management system to overcome the next crisis 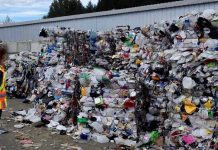 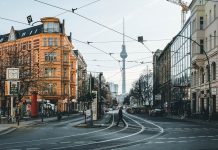