Aluminium beverage can recycling in Europe hits record 74.5 per cent in 2017

The overall recycling rate for aluminium beverage cans in the European Union, Switzerland, Norway and Iceland in 2017 rose 2.3 per cent from 2016 (72.8 %), to reach an all-time record 74.5 per cent in 2017. Almost 31 billion cans were recycled in the EU and EFTA countries in 2017, representing a total of more than 420,000 tonnes of aluminium and underscoring its contribution to the European circular economy. All aluminium cans are equally recyclable, no matter the colour, design, format or size.

Recycling aluminium consumes 95 per cent less energy than producing it from raw material, while the recycling process generates only five per cent of the greenhouse gas emissions produced from raw material production. Can recycling therefore saves the annual equivalent of approximately three million tonnes of GHG emissions – or the annual emissions of a mid-sized European town like Belfast, Malmö or Thessaloniki.*

Can manufacturers (members of Metal Packaging Europe) and their aluminium suppliers are confident that the European can recycling rate will increase further in the coming decade, primarily through a combination of measures such as improved PMD collection systems (‘yellow’ or ‘blue’ bags and bins) and incentive based initiatives such as modern deposit return and voluntary take back (‘cash for cans’) schemes. Can manufacturers and aluminium recyclers are ready to invest in additional recycling capacities, providing other stakeholders, such as public and private waste management operators, are equally prepared to invest in additional and modern sorting facilities.

Leonie Knox-Peebles, CEO of Metal Packaging Europe, stated: “We believe that the new European calculation method will hardly impact the final recycling rates being achieved for aluminium beverage cans.” Maarten Labberton, Director Packaging Group at European Aluminium, added: “As we move towards our 100 per cent recycling rate target, what matters most is the recycling yields; aluminium is well positioned for the future given its very low losses during recycling.” 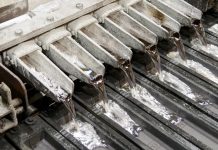 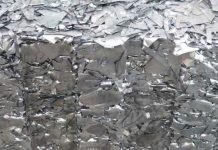 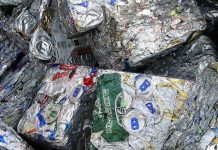 Aluminium beverage can recycling in 2020 remains high at 73 per...