The landmark agreement announced at COP24 in December 2018 has seen governments around the world agree to a robust set of guidelines for implementing the 2015 Paris Climate Change Agreement. This represents a major step forward in the battle to tackle climate change but time is also running out to ensure concrete change.

The Global Recycling Foundation urges the recycling industry to take heed to the COP24 agreement and continue to play its frontline role in preserving the planet’s resources and improving the circular economy. It is also calling on recycling businesses and organisations across the globe to impress on their local communities, municipalities and governments to take action now, before it is too late. The COP24 agreement, dubbed the ‘Katowice Climate Package’, seeks to promote greater international cooperation. This is a key pillar of the Global Recycling Day campaign. In 2018, Global Recycling Day campaigned for world leaders to commit to seven key areas, such as implementing a focus on international legislation, increased education in regards to recycling, and awareness around the key issues.

As a planet, we are undoubtedly waking up to our pivotal role in preventing climate change and how we might stem the tide. We are increasingly seeing world leaders and people of influence champion actions that we can all take to support the planet and recycling has taken centre stage. According to a study by the Finnish Innovation Fund Sitra and the European Climate Foundation, an improved circular economy is crucial in achieving the goals of the Paris Climate Agreement. The recent Waste to Wealth Summit, spearheaded by HRH The Prince Of Wales’s Responsible Business Network, was launched in November to eliminate unavoidable waste by 2030 and prevent catastrophic climate change.

In order to live up to climate change agreements and reduce the collective carbon footprint, the Global Recycling Foundation urges governments, organisations and individuals around the world to invest and support the growth of recycling industries, and calls on the world to support Global Recycling Day on 18th March 2019. 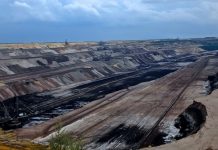 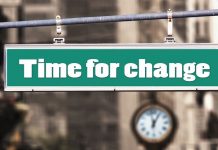