On March 18 this year, thousands of people in different countries across the world were celebrating the first Global Recycling Day. This initiative from the Bureau for International Recycling (BIR) called on the world to think “resource” not “waste” when it comes to recycling – and took the opportunity to encourage people to think of recycling in a new way.

There were activities in cities all around the world, some ahead of the Day itself: In London the Global Recycling Day team presented the scale of what is possible, by using large bundles of recycled materials at a central location. The French Federation of Recycling Enterprises held a press conference in Paris and similar events took place in Washington DC (USA) and São Paulo (Brazil). In Johannesburg (South Africa) the Global Recycling Day’s Manifesto was launched along with a public clean-up campaign. At the head office of the Australian Packaging Covenant Organization in Sydney, academics and industry experts gathered to recognize the Day and discussed cross sector collaborations. Actions took place also in Delhi (India), Dubai (United Arab Emirates), Brussels (Belgium), Vienna (Austria) and Ulaanbaator (Mongolia), to name but a few. The Day was also supported by companies and associations, including the United Nations Industrial Development Organization (UNIDO), which promotes a circular economy to improve the environmental performance, resource efficiency, and productivity of existing and new industries. Furthermore, the Day marked the 70th anniversary of non-profit organization BIR, which represents over 760 member companies from the private sector and 36 national associations in more than 70 countries.

This initiative will certainly strengthen the position of recycling in the resource management of industries. However, recently some materials flows were disrupted since China had put a ban on the import of recyclables, which contain too many impurities. The ban applies to 24 categories of solid waste, including certain types of plastics, paper and textiles. Nearly all waste exporting states had relied on China’s demand for materials, and now the impact seems to have dramatic consequences, as waste is ending up on waste dumps and burnt in incineration plants. But the ban has catalyzed the markets as well: the situation is described from page 28 onwards. Furthermore, the Chinese General Administration of Customs (GAC) has launched a campaign called “Blue Sky 2018” in March, which will continue up until the end of the year. Aim is to prevent waste from other countries being illegally smuggled into the People’s Republic of China. As reported by media, the GAC verified 50,000 tons of smuggled waste in 69 cases by February 27.

In more and more countries throughout the world the legislative pendulum swings to circular economy. One prime example is Singapore, which is heading for zero waste (page 20). On the African continent, Ghana has launched a National Total Sanitation campaign and is working on a National Plastic Policy (page 26). And sometimes a country has to struggle to achieve the recycling rates set by environmental legislation and EU directives; this applies to Bulgaria (page 23), where the recycling market is active. 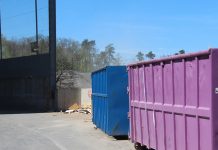 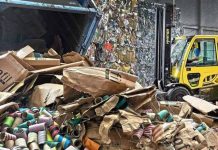