Despite the multiple challenges engulfing the recycling industry, there are also many reasons to be optimistic about its prospects. This was the overarching conclusion drawn by contributors to a debate on global trade which kicked off BIR’s latest World Recycling Convention, held at the Budapest Marriott Hotel on October 14 and 15.

Session moderator Michael Lion of Everwell Resources Ltd pointed to the destabilizing impact of China’s new scrap import controls, the continuing uncertainty surrounding Brexit, worrying developments in Turkey and damaging trade disputes. And yet the resulting volatility can offer the trader “more opportunities than in a level-playing-field market”, he insisted. Mr Lion also highlighted the “misrepresentation” of the recycling industry in the wider media narrative despite its “immense” environmental, economic and social contribution. And he insisted: “There is no question about our story being the right story. We need to get across that we are the solution.”

The recycling industry is going to be “even more needed”

Murat Bayram of European Metal Recycling Ltd urged politicians to recognize the climate protection contribution of the recycling industry, suggesting that they should consider “incentives for companies using scrap”. Greg Schnitzer of US-based Schnitzer Steel Industries Inc. argued that the trading environment would be much improved by the removal of tariffs and quotas. Doug Kramer of Spectrum Alloys LLC in the USA called for the word “waste” to be taken out of the debate surrounding the industry because “we are not in the waste business”. Robin Wiener, President of the US Institute of Scrap Recycling Industries, urged the sector to talk more about “all the positives” achieved through recycling and about what it means to be “a responsible recycler”.

According to BIR President Tom Bird, the recycling industry is going to be “even more needed” in the future but is currently facing “many world issues over which we have no control, and that’s always a concern”. He called on the industry to respond by being “nimble and proactive”. Insisting that the recycling industry has entered a period of “great opportunity for those who think strategically”, Graeme Cameron of Sims Metal Management welcomed the proposal from Mr Bird that, under his presidency, BIR will be looking to develop its statistical database to support the recycling industry’s claims of its vast environmental contribution.

On the issue of shifting demand patterns, David Chiao of Uni-All Group Ltd contended: “China may be out of the market but not out of the equation.” In so saying, he urged recyclers not to underestimate the wider positive impact of China’s Belt and Road Initiative. Providing a textiles perspective, Martin Böschen of Switzerland-based Texaid Textilverwertungs AG emphasized how businesses are faced with an ever-changing legislative landscape, pointing in particular to the EU’s shift to separate collections by 2025.

Guest speaker Philippe Chalmin, author of the long-running Cyclope Report into product/trade cycles and trends, offered delegates a mixed forecast for late 2019 and early 2020. While anticipating no recession and a strong dollar in the USA as well as a “soft landing” for the Chinese economy, he warned of “hard times” in the EU and of an impossibly confused outlook for the UK. With the notable exceptions of gold, palladium and nickel, he described nearly all other commodity markets as “gloomy” amid weak demand and strong supply. However, he also suggested that most of the metals “have reached more or less a bottom level”. 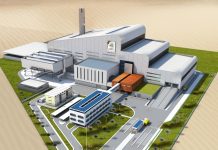 Waste-to-Energy: an essential element for circularity 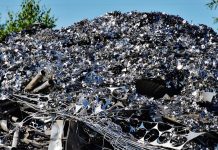 “No way back” following transformation in scrap trade flows 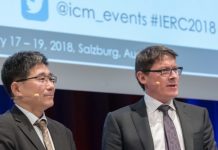