Members of Polymers for Europe Alliance choose the best polymer producers in Europe.

During the Gala Dinner of the conference A Circular Future with Plastics on 13 June 2019 in Berlin, the Polymers for Europe Alliance announced the eight winners of the Best Polymer Producers Awards for Europe 2019. The award ceremony of this European-wide customer survey took place in the presence of 150 industry representatives, following a record high numer of votes.

The fourth edition of the Best Polymer Producers Awards is built on the success of our first three rounds, and the number of participants be continued to rise in 2019. The Awards clearly represent a major opportunity for re-establishing a constructive dialogue and a good communication between suppliers and users of polymers in Europe,” said Ron Marsh, Chairman of the Polymers for Europe Alliance. The Polymers for Europe Alliance congratulates Vynova for winning the overarching award on Customer Communication covering all polymer types. In the remaining polymer categories, the following companies were awarded:

During the past three months, users of polymers across Europe participated in an online survey to rate their supplier’s performance from June 2018 up to May 2019. The evaluation considered the categories Polymer Quality, Regulatory Compliance, Delivery Reliability, Communication and Innovation for a total of nine different materials. For the first time, the Alliance published as well a more detailed ranking, including the scores of all polymer suppliers that we rated by the members of the Alliance. The complete ranking is available here.

The opening date for the next voting round of the Best Polymer Producers Awards for Europe 2020 will be announced in September 2019.The rating tool is easy to understand, extremely user-friendly and provided in several languages in order to reach as many polymer users in Europe as possible. In case you do not yet have an account on the Polymers for Europe Alliance, you can register for free to get your exclusive access to the rating tool. 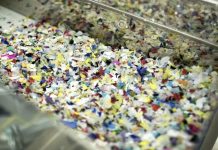 Uncertainties and Tensions on the EU Market for Polymers 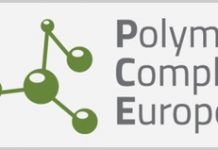 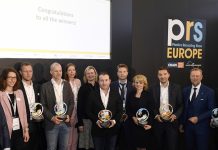