£4.7 million government fund launched to drive up the recycling of hard-to-recycle materials.

The government is inviting organisations to apply for funding under a multi-million pound grant scheme to help boost the recycling of plastic packaging and textiles. From Wednesday, 12 June, organisations in England can apply for government funding for innovative solutions to drive up the recycling of hard-to-recycle plastic packaging such as plastic trays, pots and tubs, plastic films and pouches, as well as funding for innovative projects that boost the recycling of textiles when they have reached the end of their life.

For plastics this could include innovative sorting or segregation equipment, and smarter systems to enable sorting of different polymers. For textiles this could include machinery for recycling textiles, technology for disassembling or sorting textiles, automated processes for removing items from textiles such as zips, and technology to sort textiles by fibre type and colour. The UK generates around 2.4 million tonnes of packaging waste per year. Around 40% of all plastic produced in the UK is used in the packaging of goods. In 2015, there were 300,000 tonnes of clothing in the UK going to landfill or incineration.

Environment Minister Thérèse Coffey said: “We are committed to going further and faster to reduce, reuse, recycle and cut waste. Valuable waste ending up in landfill makes no sense environmentally or economically. We are making progress but there is more to do, and I encourage organisations to apply for our multi-million pound grant to drive-up the recycling of these valuable materials.”

Today’s announcement builds on the government’s landmark Resources and Waste Strategy – which sets out how following the overhaul of the packaging regulations which will see producers pay the full cost of managing their waste the government will place greater responsibility on producers to make their items easier to reuse and recycle. Textiles are a key priority area for action. The government has recently announced a range of measures to eliminate all avoidable plastic waste including taking over 15 billion plastic bags out of circulation with our 5p plastic bag charge with plans to raise the charge to 10p and extend it to all retailers.

We have also confirmed a ban on plastic straws, drinks stirrers, and plastic stemmed cotton buds in April 2020, introduced a world-leading ban on microbeads, and have consulted on introducing a deposit return scheme to drive up the recycling of drinks bottles and cans. Earlier this year, the government consulted on a world-leading tax on plastic packaging which does not contain a minimum of 30% recycled content from April 2022 to cut the use of virgin plastics and encourage more sustainable packaging.

The UK government has also committed a £61.4 million package of funding to boost global research and help countries across the Commonwealth stop plastic waste from entering the oceans. Building on this, the government’s £20 million Plastics Research and Innovation Fund encourages researchers and businesses to develop new innovations that can bring changes in the UK’s plastics manufacturing and consumption patterns, which will be key to developing a cleaner, greener economy through the Industrial Strategy.

There has been a 14 per cent drop in clothing thrown away in the UK since 2012, as well as a more than 11 per cent drop in carbon footprint per tonne of clothing, and a more than 17 per cent drop in water usage achieved by the Sustainable Clothing Action Plan (SCAP) signatories between 2012 and 2017. The European Clothing Action Plan, led by WRAP, aims to divert over 90,000 tonnes of clothing waste from landfill and incineration across Europe by December 2019. We support the ‘Love Your Clothes’ campaign which aims to raise awareness of the value of clothes and encourage people to make the most of the clothes they already have. 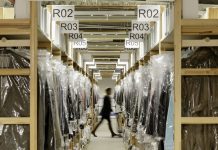 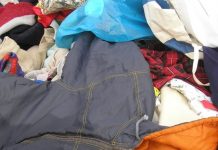