Terex Trucks has signed three new dealers in France as part of its plan to increase its presence and better serve customers in the country. This strategic decision comes amid signs of growth in the French market, which are partly due to the various large infrastructure projects that are scheduled to take place over the coming years.

By the end of 2022, some experts predict that the infrastructure construction market in France will be valued at 87.2 billion euros. One of the main drivers of this growth is the long list of large-scale infrastructure projects that are scheduled to take place in France over the coming years. This includes The Grand Paris Express, EuropaCity and the A45 highway, a 48 km stretch of road that will connect Lyon to Saint-Étienne. It is thereby no great surprise that Terex Trucks has identified France as a key market and signed three new French dealers: Manu Lorraine and Manu Alsace from the Manu Lorraine Group, Framateq and Promatex. All three dealers will sell both the Terex Trucks TA300 and TA400 articulated haulers and stock main parts and components.

“In order to strengthen our presence and build a strong dealer network in France, we have recently signed three French dealers – and we are actively looking for more,” says Paul Douglas, Managing Director of Terex Trucks. “Each of our new dealers has a solid local reputation, backed by approximately 90 years of collective experience. With their commitment to customer service excellence, I am confident that they will be a valuable addition to the Terex Trucks dealer network.”

Established in 1986, the Manu Lorraine Group is structured as two companies: Manu Lorraine and Manu Alsace. From their respective headquarters in Ennery, Lorraine, and Marlenheim, Alsace, they specialize in the sale and rental of earthmoving and handling machines. “We have around 50 employees and we all share the same vision: to provide customers with high quality machinery,” says Gérald Gismondi, General Manager of the Manu Lorraine Group. “There are lots of big construction projects coming up in France that require good quality, reliable machines, together with excellent aftermarket support. In partnership with Terex Trucks, Manu Lorraine and Manu Alsace can deliver this to customers across the north eastern part of France and Luxembourg.”

Since it was founded in 1982, Promatex has established a strong reputation for itself in the mining and construction sectors. “Over the years, we’ve expanded both in terms of headcount and our capabilities as a dealership, but we’ve always been focused on the same thing: service,” says Philippe Capron, President of Promatex. “Now that Terex Trucks articulated haulers are a part of our product offering, our customers will have access to a new range of high quality, high performance machines – and we will offer a level of customer service to match.” As a Terex Trucks dealer, Promatex will cover the north eastern part of Hauts-de-France, which includes Nord, Pas de Calais and Somme, from its headquarters in Nieppe.

Framateq, which has been in operation since the 1990s, will cover the south eastern territory of France for Terex Trucks. Its business is split into two separate functions: machines and equipment, and recycling and valorization solutions. It has a total of 42 employees, 30 of whom are part of the service team. “At Framateq, we are driven to provide excellent customer service,” says Philippe Duplessy, Chief Operating Officer at Framateq. “Our technicians are well trained, and we own ten service vans. The TA300 and TA400 are perfectly suited to our customers, who mainly work on large construction sites and mineral quarries.”

The TA300 and TA400 have hauling capabilities of 28 tonnes (30.9 tons) and 38 tonnes (41.9 tons) and heaped capacities of 17.5m³ (22.9yd³) and 23.3m³ (30.3yd³), respectively. The TA300 is powered by a Scania DC9 engine and the TA400, by a Scania DC13 engine. These robust haulers are used in a variety of challenging applications including in mining, quarrying and infrastructure projects. The TA300 and TA400 have also been designed to ensure maximum operator comfort. A heating, ventilation and air conditioning (HVAC) system, adjustable armrests and an optional heated seat all help to make Terex Trucks articulated haulers as comfortable as they are powerful. 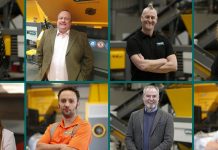 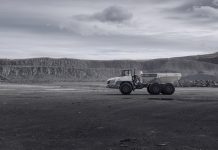