A legislative proposal by the European Parliament threatens the recycling of plastics from waste electrical and electronic equipment (WEEE). In its draft report on the European Commission’s initiative to recast the Regulation on persistent organic pollutants (POP Regulation), the responsible Committee proposes to impose a concentration level for certain brominated flame retardants (tetraBDE, pentaBDE, heptaBDE, octaBDE) when used in products such as electrical and electronic equipment. What is intended as a means to promote the circular economy reducing negative impacts on the environment and human health, may have unintended side-effects on the life-cycle of electrical products, making it impossible with today’s technologies to recycle plastics from WEEE in a responsible way.

“With this proposal, the European Parliament jeopardizes the fulfilment of its own recycling targets for WEEE. Such a regulation contradicts all the action that was taken during the last years and would drastically throw back the European Union on its way towards a Circular Economy,” says Umberto Raiteri, CEO of European Recycling Platform (ERP). Producer responsibility organizations like ERP are managing the collection and treatment of waste streams like WEEE on producers’ behalf and, therefore, would also be heavily affected by these provisions. “The European Parliament should reconsider the Committee’s proposal and refrain from suddenly and drastically reducing the concentration level for flame retardants, in particular for decabromdiphenylether (decaBDE) which has been restricted under the RoHS Directive later than other brominated flame retardants. This is in the very own interest of the European Union and its efforts to become the world leader in waste reduction and recycling.”

Call for a step-by-step reduction of brominated flame retardants

The proposal of the European Parliament aims at restricting the use of decaBDE, a flame retardant which was legally allowed for use in electrical and electronic equipment until 2008. Hence, WEEE containing decaBDE and other brominated flame retardants is still returning. According to the proposal, decaBDE should be allowed only in concentrations equal to or below 10 mg/kg when occurring in substances, mixtures, articles or as constituents of the flame-retarded parts of articles.

However, with such a low concentration it is not possible to reliably detect decaBDE in the recycling process and to separate WEEE containing decaBDE from other material for a proper and environmentally safe treatment as also the European Recycler’s Associations EERAan EuRIC pointed out in their statements which ERP supports. This change in the legislation would be a de-facto prohibition of recycling of plastics from WEEE even as the proposal contains several applications being exempted (including EEE).

The draft report of the Committee on Environment, Public Health and Food Safety (ENVI) will now be discussed within the European Parliament’s plenary. The final vote on the recast of the POP Regulation is expected to take place in October. ERP calls for a more consistent and internationally aligned approach allowing for a step-by-step reduction of brominated flame retardants. It is important to phase out these substances in new products and restrict their use in virgin materials. However, there still need to be applications for recycled plastics even if containing brominated flame retardants, allowing for a natural elimination of these substances and maintaining high recycling levels of plastics from WEEE returning today towards a smooth transition into a circular economy. 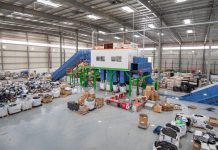 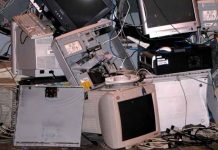 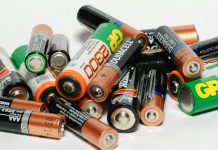