The Dutch legislator recently reconfirmed that the foreign supplier is obliged to mandate a so-called ‘authorised representative’ in the Netherlands. That’s the Solar Authorised Representative (SAR) foundation.

It’s necessary to secure the AEEA-obligations including end of life recycling, especially because nowadays more and more big solar projects are built in the Netherlands. Also, more and more foreign EPC-contractors sell a project turnkey to a Dutch solar exploitation company in that case there is no importer. That’s why the foreign supplier is assigned the extended producer responsibility. From now on they can mandate the SAR foundation to comply with their AEEA-responsibilities. Owners of solar systems, financiers and the government should always demand only pv-materials that comply with the WEEE-AEEA-legislation in case of SDE, permits, due diligence and material purchase.

The SAR foundation is a sister organisation of the Dutch foundation Zonne-Energie Recycling Nederland (ZRN). They closely work together. ZRN organizes the AEEA-obligations of Dutch producers and manufacturers in the solar sector. It was founded by the solar sector itself in 2015. Nearly 50% of the Dutch solar producers registered in the national WEEE register joined ZRN. Therefore, it’s the biggest pv-collective in the Netherlands. 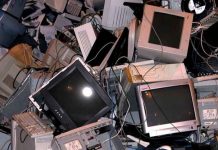