EuRIC, the European Recycling Industries’ Confederation welcomes the final adoption of the revised waste legislation by the EU Council on 22 May, after the European Parliament positive vote in plenary on 18 April.

“Circular economy is part of the DNA of the recycling industry whose daily business is to turn waste into new raw materials. The adoption of revised waste rules is a key element to speed up this much needed transition”, stated Emmanuel Katrakis, Secretary General of EuRIC. Beyond legally binding targets, the European Recycling Industry welcomes new measures which strengthen the waste hierarchy – in particular the obligation to ensure that separately collected waste does not end up in incinerators. Unfortunately, the reduction landfill for municipal waste could have been more ambitious, particularly regarding its time horizon – 2035, with exceptions up to 2040 –, which remains very remote. In addition, unchanged definition of recycling activities and amended rules to measure alike-recycling targets provide a much clearer framework to track progress across Member States towards revised recycling targets.

Positive minimum requirements for EPR, but room for improvement on incentives

However, the overly wide definition of “municipal waste”, despite a much-welcomed provision confirming that it does not affect the allocation of responsibilities between public and private actors, impinges on industrial and commercial waste streams. A sound clarification of their respective scope in the forthcoming guidelines is instrumental to address concerns about competition restrictions in recycling markets and ensure accurate reporting of recycling rates.

Among other positive elements, EuRIC supports the introduction of minimum requirements for extended producer responsibility (EPR) schemes, which will bring much more transparency into their functioning. In particular, the modulation of fees paid by producers to EPR Schemes on the basis of products’ recyclability shall become the norm, not the exception, to boost eco-design and bring back costs and responsibilities where they belong, namely at design stage.

The association equally welcomes the introduction of economic incentives to boost the circular economy but still regrets that these incentives are only indicative. For Emmanuel Katrakis, “now more than ever, time has come to reward recycling environmental benefits in terms of CO2 and energy savings that the market fails to internalize and hence bridge circular economy with climate change policies. EuRIC strongly hopes that the implementation of the Plastics Strategy will reflect better that need.”

Implementation across Member States and across the legislation spectrum

To meet the high expectations that the Circular Economy Package rightly raised among recyclers, implementation is key to recycle more and support a level playing field across Europe. In practice, this means fit-for-purpose measures to implement and enforce the revised framework in each Member State while continuing in parallel to streamline current EU legislation to make it truly circular. “For the circular economy to work, getting the right interface between waste and chemicals to support recycling and simplifying waste shipment procedures to build a well-functioning internal market for raw materials from recycling are vital elements for the industry,” concluded Emmanuel Katrakis. 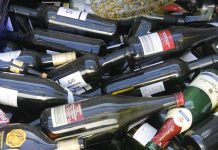