Start English “Significant milestone in the transaction – a major step towards”

ArcelorMittal receives European Commission approval for its acquisition of Ilva.

ArcelorMittal – leading steel and mining company with a presence in 60 countries and an industrial footprint in 18 countries announces that it has been granted merger clearance by the European Commission for AM Investco Italy Srl (AM Investco)’s proposed acquisition of Ilva S.p.A (Ilva).

EU Commission merger clearance follows the conclusion of the Commission’s Phase II investigation into the proposed acquisition of Ilva, and has been granted on the basis that the Company has committed to dispose of assets in Italy, Romania, Macedonia, Czech Republic, Luxembourg and Belgium, as previously announced on 13 April 2018. Approval by the EC is a significant milestone in the transaction to acquire Ilva and represents a major step towards closing the deal, which is now expected to occur as soon as possible. 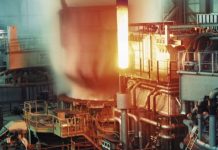