The Keynote Session held on October 13 during BIR’s week-long series of webinars was entitled “The global economy: how rocky will be the road to recovery?” In their response to this question, two eminent guest speakers warned that the road may be longer than many would like.

According to Stefan Schilbe, Chief Economist at HSBC Germany, most countries would probably fail to return to pre-Covid levels of activity until 2022. And the forecast from fellow guest speaker Prof. Philippe Chalmin was even more stark: “It’s not before 2022 – or even 2023 – that we will be back hopefully at the levels we were last year.”

Professor of Economic History at Paris-Dauphine University in France and author of the commodity-focused CyclOpe Yearbook, Prof. Chalmin described the events of recent months as “the most severe economic crisis since the 1930s”. All major countries had been returning negative growth figures – with the notable exception of China.

Nevertheless, the impact of the crisis on commodities had been more muted; in the case of the main six non-ferrous metals quoted on the LME, prices had rebounded to levels above those recorded in January this year, again largely on the back of the recovery in China. The commodity “stars of 2020” had proved to be gold and iron ore: the former had climbed above US$ 2000 an ounce in August but had since dropped to nearer US$ 1900; and the latter had broken through US$ 130 per tonne as a result of rising Chinese steel production before heading back towards US$ 120.

Looking to the near future, Prof. Chalmin expected iron ore prices to dip below US$ 100 per tonne and, in response, a “slight” downward movement in ferrous scrap values. For the metals markets in general, including the leading non-ferrous metals, he pointed to surpluses and a belief that China’s recovery had already been factored into values. “I don’t see much scope for a rise in prices,” the guest speaker confirmed.

Of particular interest to the plastics recycling sector, Prof. Chalmin also anticipated a decline in oil prices from around US$ 40 per barrel to nearer US$ 30. And to plastics as well as paper recyclers, he offered the following comment: “On a long-term basis, unfortunately we will probably have to adapt to a world without China – and that’s a big problem.”

In a presentation entitled “Can ultra-expansive monetary and fiscal policies foster a recovery?”, Mr Schilbe reported that some economies had been brought “almost to a standstill” by Covid-related restrictions earlier this year but that a subsequent recovery had been driven by “economic stabilization” within China where investment was continuing to pick up and further fiscal stimuli were anticipated. Monetary policy could be expected to remain “ultra-loose” in the USA while a stronger Euro could dampen an export recovery in Europe, he added.

While Mr Schilbe foresaw a rebound, he identified as downside risks to a recovery: a prolonged pandemic; protectionism dragging down world trade growth; high levels of indebtedness as a result of, for example, job support schemes; and the undermining of confidence through bankruptcies and unemployment.

Earlier, BIR Director General Arnaud Brunet had opened the Keynote Session by describing 2020 as “an exceptionally turbulent if not brutal year” and warned the next six to 12 months were likely to be “very uncertain”. Both the International Monetary Fund and the Organisation for Economic Co-operation and Development were “pessimistic about the short-term and medium-term future”, he noted. 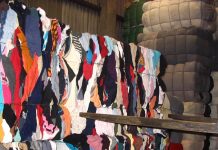 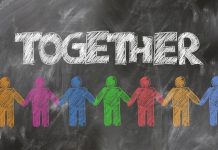