BIR continues to gather expert updates on the impact of Covid-19 on international recycling markets.

Even though China, the starting point for the pandemic, has passed its peak of infections and is taking tentative steps towards a return to normality, Europe and many other parts of the world are still a long way from that stage, creating a fragmented recycling industry picture.

China is gradually resuming operations as directed by Beijing, with even the city of Wuhan reopening after 76 days of lockdown. As regards the latest import quotas to be released for non-ferrous scrap metals, the volumes are clearly higher than in previous quarters; copper is backing up but the appetite is not as it was in the past. Countries in South East Asia are also moving towards a relaxation of their shorter periods of lockdown.

However, the pandemic is now inflicting more damage on non-ferrous shipments to India, with very few transactions taking place and logistics proving very difficult. Meanwhile, aluminium demand has been hit hard as a result of the decision by major vehicle manufacturers in the USA to halt production.

In Mexico, the government announced a Covid-19 national emergency on March 30 and ordered all “non-essential” businesses to close for the month of April. The definitions of “essential” and “non-essential” were unclear and, as a result, Mexico’s metal consumers and scrap yards have spent most of this month seeking clarity and liaising with their local state governments in a bid to sort out all the confusion. At the time of writing, Mexico’s entire auto industry is completely frozen owing to regulatory uncertainty and nosediving global demand.

Mexico’s secondary smelting industry, which serves the auto industry, has followed suit. According to Harbor Intelligence, secondary aluminium alloy ingot production will be some 90 percent lower in April at around 40,000-45,000 tons. Needless to say, there is no domestic demand for the aluminium scrap typically used by secondary smelters. Meanwhile, the Mexican extrusion industry is continuing to operate and thus create some demand for extrusion scrap. UBC has found some demand from US mills and traders trying to make up for poor volumes in their own country.

Some of Mexico’s scrap yard operators have decided to halt their activities while others are working to a reduced capacity in line with the lower volumes of industrial and post-consumer scrap. Mexican scrap is still in demand from overseas buyers but export sellers are facing more volatile shipping schedules and, in some cases, space constraints on vessels or a shortage of containers.

Meanwhile, international markets are continuing to see ferrous scrap at reasonable prices. Greater weakness is being witnessed in Asia as compared to Turkey – the latter being a highly consolidated market in terms of scrap buyers. Ports worldwide remain open for bulk, with India the only country where there is a significant distribution to containers.

The stainless steel industry has witnessed major closures of melting capacity in Spain, Italy, France and Belgium but this now seems to have been resolved, with most of these production sites able to run again. However, the impact on overall demand remains unclear; many analysts have released forecasts pointing to major contractions, including the International Monetary Fund which has suggested that activity levels are currently falling at their fastest pace since the Great Depression of the 1930s.

End demand is expected to remain weak, which will result in low production levels and therefore low stainless scrap collection rates. Needless to say, another consequence will be a reduced demand for raw materials.

In terms of the e-scrap market, feedback from Greece confirms that the anticipated business slowdown has materialized as an increasing number of companies suspend operations. At the same time, exports have been affected by the ports shutdown in India. On a more positive note, Greece’s recycling industry was recently included among those sectors entitled to government aid.

Demand for recycled plastics is very weak as a result of the lockdowns implemented in a large proportion of countries and shutdowns at many companies. The low oil price has pushed raw material values to historically low levels; the plastics recycling industry is struggling with high inventories and, as mentioned, poor order levels.

Looking to the wider picture, the pandemic has shifted important environmental topics from the top of the agenda, and thus implementation of the circular economy will be automatically slowed in a way that, ultimately, will have a negative effect on the plastic recycling industry.

Feedback from a factory in Indonesia reveals that its repro-plastic pellet shipments to China were resumed in early April and have almost reached pre-virus levels as of the time of writing. From the same company’s plant in Poland, rubber operations have been reduced but orders continue to be received from India despite the lockdown as importers are expecting a Demurrage & Detention waiver and are preferring to stock up ready for when the country reopens.

Very low demand is reported from end markets for all qualities of used textiles, leading to the temporary closure of many sorting facilities all over Europe. In Western Europe, collections of used textiles have declined by between 20 and 70 percent, depending on the market.

Meanwhile, the paper recycling market in France is down to 65 percent of normal business levels owing to low collection rates. Shipments within the EU are proceeding but those to South East Asia are proving almost impossible.

Since the end of February, packaging/printing plants and terminal companies in China have been resuming work. Large shopping malls and supermarkets are gradually reopening, and the amount of paper collected via commercial and factory channels has increased significantly whereas paper collections from residential areas has been slow to recover. Main roads in provinces, cities and districts have been restored; however, barriers are still in place within communities and villages, with the result that recycling personnel cannot freely enter and so volumes in most of these areas are only around 25 percent of what they would normally be.

The resumption of normal operations is being hindered by a shortage of workers and logistics. Fixed costs and staff salaries have become the biggest challenges for businesses during the pandemic. There is a shortage of working capital and short-term loan costs remain relatively high. Some enterprises have been unable to repay bank loans and interest on time, but relevant support policies have either not been issued or implemented.

In line with changes to the Chinese government’s import policy, the quantities of recovered paper entering the country has declined by 40 percent over the past three years. Up until April 10 this year, China had approved five batches of scrap import quotas covering copper, aluminium, steel and paper, with the total for paper thus far in 2020 being 4,327,429 tons. The aim is still to achieve zero recovered paper imports by the end of this year; the main method of bridging the gap left by lower imports is to process recovered paper into pulp outside of China before importing it. This stream is providing a particularly important supplement given the current shortage of domestic recovered paper and more limited imports.

BIR Annual Report: A return to greater normality in 2021 … 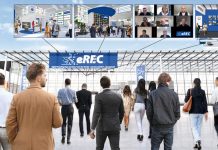 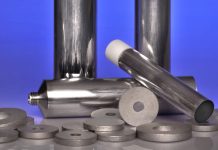