It’s starting! A long U-shaped pipe stretching 600 meters will capture ocean plastic waste that will end up being recycled into new products.

A 600 meter long pipe has started the gargantuan job it has been designed to do: collecting plastic waste that makes up the Great Pacific Garbage Patch, a huge floating pile of trash twice the size of Texas in the Pacific Ocean midway between San Francisco and Hawaii. The mammoth house-holding effort is the brainchild of Boyd Slatan who is driving Ocean CleapUp, a Dutch non-profit organization harnessing advanced technologies to rid the oceans of plastic. The pipe, which deploys in a U shape, has now been towed to its destination after years of development and hundreds of scale-model tests, a series of prototypes, research expeditions and multiple iterations.

Known as System 001, the tech consists of a 600-meter-long (2000 ft) U-shaped floating barrier with a three-meter (10 ft) skirt attached below. The system is designed to be propelled by wind and waves, allowing it to passively catch and concentrate plastic debris in front of it. Due to its shape, the debris will be funnelled to the center of the system. Moving slightly faster than the plastic, the system, according to an Ocean CleapUp press release, will act like a giant Pac-Man, skimming the surface.

The Great Pacific Garbage Patch is the world’s largest accumulation zone of ocean plastics containing 1.8 trillion pieces of plastic. Ocean Cleanup anticipates that the first plastic will be collected and returned to land for recycling into a variety of products within six months after deployment. Proceeds from the sale of products will help fund the clean-up operations. The main objective of System 001 is to prove the technology and start the cleanup, while a secondary goal is to collect performance data to improve the design for future deployments. To aid that the system is equipped with solar-powered and satellite-connected sensors, cameras and navigation lights to communicate its position to passing marine traffic and enable extensive monitoring of the system and the environment.

Bluewater, which has developed its own innovative water purification technology and solutions aimed at providing access to water without contaminants to people everywhere and end the need for single-use plastic bottles and their polluting transportation, applauds the efforts of `Ocean CleanUp’. 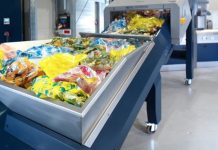 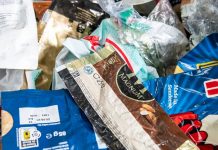 A boost for recycling but non-recyclable packaging must be phased out... 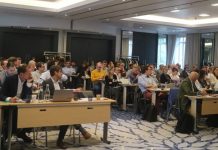