The European Parliament has approved the EP report on the European Commission’s proposal on Single-Use Plastics which would make it mandatory to produce beverage containers composed of at least 35 per cent recycled plastic by 2025.

The Single Use Plastics Directive, as amended by the European Parliament, not only stipulates a minimum target of 35 per cent for recycled plastic in beverage bottles, but also a 90 per cent collection target for recycling. These two notions go hand in hand as they would close the loop for single use plastics and reduce littering.

FEAD’s president, Jean-Marc Boursier said: “We welcome today’s vote. It is an important first step in the upcoming negotiations between the European Parliament and the Council of the European Union. I am confident that EU negotiators will succeed in deciding by December 2018 on a level of mandatory recycled content, to be transposed into EU law by 2025, which will trigger the uptake of plastic recyclates in beverage bottles. By doing so, the EU will finally experience a circular shift that is long overdue.” 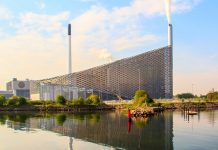