The European Parliament’s environment committee approved a report on the Commission’s proposal to reduce the environmental impact of single-use plastic goods. This would now also ban plastic bags, products made of oxodegradable plastics, and takeaway boxes and cups made of styrofoam.

Bill Wirtz, Policy Analyst for the Consumer Choice Center (CCC) says that EU lawmakers should check for the effectiveness of this policy in the effort to prevent pollution: “If you don’t compare environmental impact of different bags in accordance with reuse rate, you’re not actually engaging in informed public policy-making. In 2011, the UK’s Environment Agency published an earlier-drafted life cycle assessment of supermarket carrier bags. Their findings are crucial. Despite the rates of environmental impact of alternative bags being comparatively lower than conventional bags, people just don’t reuse them enough for it to even break even with the single-use plastic bag.

The example on styrofoam – expanded polystyrene (EPS) – is similar: some people could claim that they do not care for the jobs lost and the increased consumer prices, because ultimately, these bans will be good for the environment. Here again, the evidence is not there. When we compare polystyrene foam to paper cups, we find that paper uses more petroleum, more steam, more electric power, more cooling water, more wastewater, and more mass to landfill. We should not only judge policies by their intentions, but by their actual effects.”

The CCC represents consumers in over 100 countries across the globe and closely monitors regulatory trends in Ottawa, Washington, Brussels, Geneva and other hotspots of regulation.

EU production and recycling of plastics need a common answer 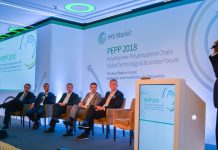