Wacker Neuson is entering into a co-operation with John Deere Construction & Forestry, a subsidiary of Deere & Company, USA, for the sale of “Deere”-brand mini and compact excavators initially in China, Australia and selected Southeast Asian countries. The aim for both companies is a long-term cooperation in key growth markets.

The cooperation covers mini and compact excavators in the range of 1.7 to 7.5 tons, which were specially developed by Wacker Neuson to meet the requirements of Asian markets. Wacker Neuson will manufacture the equipment predominantly in Pinghu, China, where mini excavator production for the Group got underway in January 2018. The machinery will be marketed under the “Deere” brand via the existing and in-development John Deere dealer network.

The objectives of the deal are to strengthen both companies’ positions in the mini and compact excavator market: “We are excited about this long-term cooperation with John Deere in the Asia-Pacific region. Expanding our sales channels in the region will greatly improve the capacity utilization of our new production site in China and help us leverage economies of scale,” points out Martin Lehner, CEO of Wacker Neuson. Both John Deere and Wacker Neuson already have dealer networks in the region and these are set to be expanded further in the coming years. Meanwhile Wacker Neuson will continue to market light and compact equipment under the “Wacker Neuson” brand via its own dealer network.

An important step to increase growth

Wacker Neuson is already familiar with local market conditions in Asia-Pacific, having entered the light equipment business there several decades ago. The Group exported its first mini excavators from its plant in Linz, Austria, to China in 2013. The construction of the Pinghu plant was an important step in Wacker Neuson’s plan to increase growth in the region and underlines the strategic importance of the Chinese market to the Group. Asia-Pacific accounted for around three percent of Group revenue in 2017 and it is set to be developed into a key market under the “Strategy 2022” roadmap.

“We regard John Deere as a valued partner and we already have a fruitful relationship in the distribution of agricultural equipment,” adds Lehner. Since August 2017, “Kramer”-brand all-wheel drive wheel loaders, tele wheel loaders and telescopic handlers are distributed via John Deere’s independent dealer network. The partnership for agricultural equipment covers Europe, the Commonwealth of Independent States, North Africa and the Middle East. “In Wacker Neuson, we are entering a strategic partnership with an experienced and very successful manufacturer of mini and compact excavators. Their innovative and strongly customer-oriented products will help us to further develop our market position in the Asia-Pacific region,” states David Thorne, senior vice president, sales & marketing, John Deere Construction & Forestry. The first units will be delivered to John Deere in the first half of 2019. 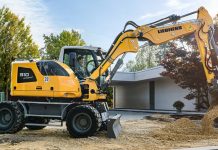 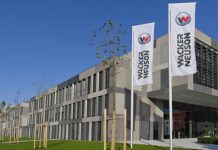