While drones scan beaches to assess plastic litter, microplastics are found in the digestive tracts of one in every six Red Sea fish.

As marine plastic pollution becomes an increasing concern worldwide, scientists of King Abdullah University of Science and Technology (KAUST) report on two projects investigating plastic litter on and off the shores of the Red Sea. To investigate plastics on beaches, the team has developed a method, using unmanned aerial vehicles and machine learning, to improve the monitoring of large swathes of coastal areas for plastic litter.

“We know that we dump millions of tons of plastic in the sea every year, but we don’t know where this ends up,” explains marine science Ph.D. student Cecilia Martin. “One of the most influential scientists in the field of marine plastic pollution, Jenna Jambeck, from the University of Georgia, says we can’t manage what we can’t measure. So quantifying plastic on beaches is a key step to quantifying the whole of marine litter.” But such a count is painstakingly slow and inefficient. Current methods involve people walking and scanning small portions of accessible beaches, making it impractical for assessing global distribution patterns of plastic litter on our coasts.

KAUST marine ecologist, Carlos Duarte, and colleagues from the Red Sea Research Center; the Water Desalination and Reuse Center; and the Computer, Electrical and Mathematical Sciences and Engineering Division, tested the use of unmanned aerial vehicles (UAVs) for scanning larger portions of beaches faster than current approaches. The team conducted a standard beach survey of plastic items and then compared the results with numbers of plastic items along the same area of beach by analyzing images taken by a UAV. They found that UAVs can scan beaches for plastic litter 40 times faster than the standard visual-census approach. Manual screening of UAV images taken from a height of ten meters was 62 percent accurate.

The team then fed a computer with images of litter to train it to automatically detect plastics when provided with new images. This method led to an overestimation of the amount of plastic litter on the beach, but it was relatively accurate in its ability to identify the percentages of different types of plastic, such as drink containers, bottle caps and plastic bags.

Despite its shortcomings, this method shows promise. Improvements can be made by using a higher-resolution camera on the UAV and by feeding the computer more image samples, Martin explains. The team from KAUST’s computer science department is already working on improving the algorithm.

As much as 80 percent of plastic litter found in the oceans comes from land-based activities. Once plastics enter the ocean, they are dispersed by currents or sink to the seafloor, slowly breaking down into smaller components. Microplastics are pieces that are smaller than five millimeters. They are often ingested by marine life because they are similar in size to the prey of a large number of marine organisms. They can block or injure an animal’s digestive tract and can also have toxic effects when hazardous components leach into the surrounding tissues.

Duarte led a second research project comprised of an interdisciplinary team of researchers from KAUST and King Abdulaziz University in Jeddah. This team reports that, despite remarkably low amounts of plastic in Red Sea surface waters compared to other semi-enclosed seas, microplastics are found in the guts of one in every six Red Sea fish. This has implications not only for the health of the Red Sea ecosystem, but also for the people that consume these fish. The researchers collected 178 fish belonging to 26 species from four different marine habitats. Examination of their gut contents showed that one in every six fish had ingested small pieces of plastic. This is comparable to findings from other marine ecosystems, despite previous KAUST research reporting that the Red Sea has the lowest amount of floating microplastics reported in seas around the world.

“The major finding of this study is that microplastic pollution has reached our commercial and noncommercial fish species and might contaminate the fish we consume,” says master’s degree student, Fadiyah Baalkhuyur. “The surprising finding was the amount of ingested fibers originating from the degradation of plastic debris, such as those from packaging materials and from washing synthetic clothing. This might suggest that these fibers are spread out in all the marine habitats and might become a significant source of marine pollution in the Red Sea.” Fish could prove to be a major sink for the incredibly large amount of plastics that we use and throw away on a daily basis. The team is now setting up an experimental design to examine the process of microplastic uptake by fish under laboratory conditions, says Baalkhuyur. 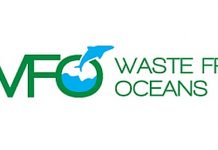 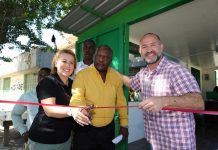