A major UK-based carpet manufacturer claims it has saved a total of around £3 million through an innovative approach to waste thanks to its ten years association with Carpet Recycling UK, the industry-backed association for reusing and recycling waste carpet.

Speaking at the fifth annual Carpet Recycling UK awards ceremony in July, David Judge MD of Cormar Carpets said: “Ten years ago, we realised that Laurance Bird and his team would be useful to our company. Over that decade, we have saved around £3 million by not making waste through innovation in the production process and not sending any manufacturing waste to landfill – it’s all recycled!

“If we can do it, you can do it, truly! We’re engineering waste out of our business – and expect to save around £500,000 a year going forward. That’s about £5 million over the next ten years,” said David, who presented the winning individuals and organisations with their trophies and certificates at the July ceremony, held at Edgbaston Cricket Ground in Birmingham. Cormar Carpets is one of CRUK’s core funders, alongside Lifestyle Floors/Headlam Group, Brintons Carpets, DESSO, ege, Milliken, and Balsan. CRUK’s annual awards event marks the achievements of members who have demonstrated innovation, commitment and best practice in the sector.

It was a double celebration for Emerald Trading Waste Solutions whose commitment to developing new systems and processes to recycle carpet waste in the equestrian sector won the company two awards – Recycler of the Year and the 2018 Outstanding Achievement accolade. The company recycles post-consumer carpets into their Carpet Gallop all-weather equestrian surfaces. Emerald’s Marketing Director Daniel McIntosh commented: “We’re very proud to have won two major awards and it supports our confidence for the future. We’ll be back next year.” Mark Purnell of Fantasy Flooring was named Recycling Champion for the second year running for his persistence and enthusiasm in setting up systems and processes to increase carpet recycling at their Bristol site.

Greenstream Flooring took Reuse Member of the Year for their on-going successful take back and reuse of carpet tiles from construction and refurbishment projects. Clinching the Take Back Partner of the Year title, Melrose Textile Co impressed the judges with their imaginative approach to recovering value from carpet manufacturers’ and distributors’ waste to create their [Re]lay range of rugs, mats and runners. Envirocycle London and Renew Recycling London were joint winners of the Best Newcomer Award for their efforts in working with the supply chain to reduce the amount of carpet going into landfill. Both have proactively demonstrated their carpet recycling activities to others and encouraged best practice in the industry. One of CRUK’s core funders, Milliken’s long-term commitment to sustainability in the carpet industry and support for CRUK’s activities was recognised with the Longstanding Support award. 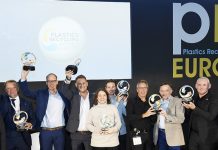 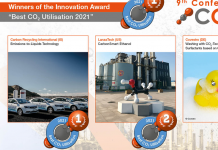 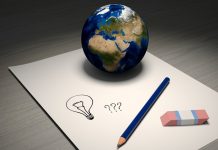