The European Council today adopted the waste package which sets out new rules for waste management and establishes legally binding targets for recycling.

“I am very pleased that ministers have given their approval to the revised legislation on waste today. Europe is moving towards a circular economy,” states Neno Dimov, Bulgarian Minister of Environment and Water. “These new rules protect not only our environment but also the health of our citizens. Today we close the loop of product lifecycles, from production and consumption to waste management. This decision is about making our economies more sustainable and environmentally-friendly.”

Member states will have to meet the following targets as they increase the reuse and recycling of municipal waste: 55 per cent by 2025, 60 per cent by 2030 and 65 per cent by 2035. Member states will set up, by 1 January 2025, separate collections of textiles and hazardous waste from households. In addition, they will ensure that by 31 December 2023, bio-waste is either collected separately or recycled at source (e. g. home composting). This is in addition to the separate collection which already exists for paper and cardboard, glass, metals and plastic. The legislation defines specific recycling targets for packaging:

The legislation contains a landfill reduction target, and sets minimum requirements for all extended producer responsibility schemes. Producers of products covered by these schemes must take responsibility for the management of the waste stage of their products, and will be required to contribute financially. Mandatory extended producer responsibility schemes for all packaging have also been introduced. Member states shall endeavour to ensure that as of 2030, all waste suitable for recycling or other recovery, in particular in municipal waste, shall not be accepted in a landfill. The waste package will lead to more recycling of waste and so contribute to the creation of a circular economy. It will encourage the use of recyclable packaging and reusable packaging and will improve the way waste is managed.

Background and next steps

The European Commission presented a revised circular economy package on 3 December 2015, including the so-called waste package which consists of four legislative proposals. It addresses environmental problems with transnational implications covering the impact of inappropriate waste management on greenhouse gas emissions, air pollution and littering, including in the marine environment. It ensures that valuable material embedded in waste is effectively re-used, recycled and re-injected into the European economy, and thereby helps to move towards a circular economy and to reduce the EU’s dependence on the import of raw materials by promoting the prudent, efficient and rational use of natural resources.

On 19 May 2017, EU ambassadors agreed a mandate on the package, paving the way for trilogues, which kicked off on 30 May 2017. After several rounds of negotiations, a provisional agreement between the Estonian presidency and the European Parliament was reached on 18 December, and EU ambassadors endorsed the agreement on 23 February.

Now that the Council has adopted the legislation, it will enter into force 20 days after its publication in the Official Journal. 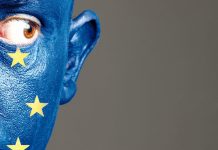 GLOBAL RECYCLING: European Union – On the Road to the Circular... 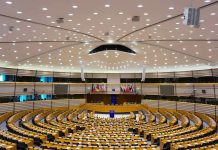