Bristol, UK — The UK consistently overestimates how much of the plastic packaging waste it produces gets recycled, an independent report by environmental consultancy Eunomia reveals.

Official statistics say that in 2015 UK households and businesses produced 2.26m tonnes of plastic packaging waste and recycled almost 39 per cent, well above the current EU target of 22.5 per cent. However, by analysing what is known about the composition of waste in the UK, the new report Plastic Packaging – Shedding Light on the UK Data finds that the real amount of plastic packaging waste produced is much higher – around 3.5m tonnes.

Assuming that the amount reported as recycled is correct, it seems the real recycling rate may be 9 -10 percentage points lower than the government claims. The UK may well have failed to meet its recycling targets under the EU Directive in the years 2008-2012.

This new report goes on to identify where problems occur in the system. One major issue highlighted is that when material is ‘placed on the market’ it is clean, dry and free from extraneous material such as labels. However, when the quantity collected for recycling is measured, the weight is likely to be inflated by the inclusion of moisture and contaminants. That might be the source of some of the over-reporting.

Another problem highlighted is that official data on the quantity of plastic packaging placed on the market were estimated in work conducted for Defra by the UK’s largest “compliance scheme”, Valpak, extrapolating from its own figures. Eunomia’s report points out that the lower the figure for the packaging placed on the market, the lower the fees that producers have to pay into the “compliance schemes” through which most choose to discharge their legal obligations on recycling. A lower figure also reduces the amount of material that needs to be recycled in order to meet the targets, keeping down the costs of compliance to industry.

Eunomia Chairman, Dominic Hogg, commented: “It’s not really surprising to find that the UK’s recycling rate for plastics is not as good as is claimed. The scheme supports the reporting of compliance at low cost, rather than achieving high quality recycling of plastic packaging. The disparities between datasets indicate that the existing scheme gives a weak foundation on which to base the recycling figures. The existing system of producer responsibility is failing. It has allowed problems with plastic packaging to grow, and in its most basic responsibility – demonstrating compliance with a target – the data cannot be trusted.”

Brexit: What comes next? The business analysis of no deal 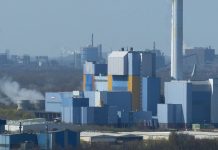