Brussels — Turkey had imposed measures on the imports of certain varieties of paper such as office paper, books, envelopes and paper used for direct mail marketing (otherwise known as uncoated wood free (“UWF”) paper) from the EU. According to CEPI, the Confederation of European Paper Industries, these measures were inconsistent with both WTO and the EU–Turkey Customs Union rules. CEPI submitted a complaint. Following this complaint, the EU has yesterday released a report related to a Trade Barrier Regulation („TBR“) investigation.

“CEPI takes pride in its strong commitment to free trade with its partners. The decision by the Turkish authorities to remove these unfair measures is applaudable; however this issue should never have been escalated in the first place. It is our expectation that the Turkish authorities stand by their obligations under the EU-Turkey Customs Union Agreement in the future”, commented Sylvain Lhôte, Director General at CEPI.

In advance of the Commission’s publication of the report Turkey pre-emptively removed the unfair trade measures. With this in mind, the EU has decided not to pursue the matter further. The industry will however remain vigilant that similar measures do not hinder the free flow of trade between the EU and Turkey in the future, particularly in light of the modernisation of the EU-Turkey Customs Union Agreement.

The Background: Following an inconclusive safeguard investigation on UWF imports in 2014-2015, Turkey extended in 2016 an existing import licensing system which targeted €150 million of EU exports of UWF paper products.The Turkish non-automatic import licensing system with regard to UWF paper was based on an arbitrary price threshold and created a significant and unfair obstacle to EU-Turkey trade. The contested system posed a clear violation of WTO and the EU-Turkey Customs Union Agreement. The European paper industry already exports 22 percent of its produce outside the EU and will continue to remain an advocate for free trade and take a firm stance where this is put at risk. 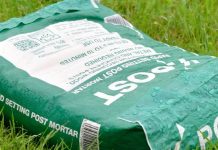