Paris, France — Pollutec 2014 closed its doors on December 5th at Lyon Eurexpo. This, the 26th show, was packed with meetings and reflected the vitality of the eco-industry market and the commitment of its various stakeholders. It is a vitality that was highlighted by Minister Ségolène Royal, who came to open the show and to present the Business Awards for the Environment. During her speech, the French Minister for the Environment highlighted the role that Pollutec plays as a driving force promoting ecological transition.

2,257 exhibitors, including over 600 non-French ones from all over the world, were at the show to present their environment and energy solutions. On the visitor front, Pollutec offered a warm welcome to 61,992 visitors, 12 percent of whom were drawn from 120 countries from outside France, and many of those attending came with actual projects in mind. The initial survey results reveal that 95 percent of these professionals were satisfied with their visit and 92 percent stated that they would like to return in 2016.

Expertise and eco-innovation were to be seen in all the show’s sectors: water, air, waste-exploitation, energy-energy efficiency, risks, sites & soils, instrumentation-metrology-automation. There were over 155 product launches by exhibitors on their stands, in the course of lectures or at the awards ceremonies held at the show. Particularly in the energy field, a number of these innovative solutions represented a real breakthrough in the drive for a better future: thin organic PV films capable of transforming an entire surface into a source of energy; a low loss process for the purification of biogas and the liquefaction of bio-methane that offers increased output; solutions making it possible to store or exploit the heat emitted by industrial processes (phase change thermal storage battery, heat exchanger plates for use with hot gas emissions…).

In terms of the event’s international dimension, the activities associated with the Ivory Coast as the country of the year and the brand new Africa Space were a great success. The initial objective of encouraging collaboration between the countries of a continent with tremendous potential and those offering solutions was largely achieved. The Ivory Coast, in particular, came with over 60 very real projects in the fields of the environment and energy. Looking at the bigger picture, the first Global Markets Forum was well received all round and allowed numerous opportunities from all parts of the world to be brought together in one place. Finally, the business meetings including Green Days Meetings and LeCleantech and official delegations from some thirty countries once again turned Pollutec into a real platform for international cooperation.

The depth and variety offered by the 450 scheduled lectures enabled the attendees to gain an overview of topical subject that concerned them. There was particular interest in themes linked to the sustainable city, energy efficiency and biogas, which attracted packed audiences throughout the four days of the show, as did those dealing with jobs, trades and training for green growth. A number of requests have already been made by various of the show’s partners to repeat and expand the themed spaces that hosted these talks. There was also a large audience for the Sustainable Industry Forum, which hosted feedback of experiences and solutions to help professionals wanting to introduce approaches in their companies that are both more responsible and better performing.

The next Pollutec will run from November 29th to December 2nd 2016 at Lyon Eurexpo. 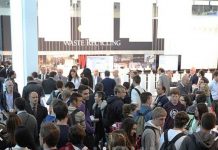 Ecomondo 2019 – confirmed as an indispensable appointment for business 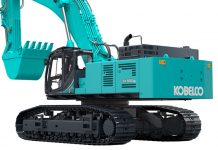 bauma 2019: Kobelco will first showcase its largest excavator in Europe 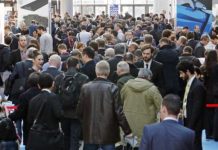 JEC World 2018 gathered the the whole composites industry in Paris