Start Abfall The contribution of litter to crime in England costs up to €416...

Wigan, London / UK — The direct cost of keeping our streets clean and tidy is almost £1billion a year. A significant part of this is attributable to removing litter. However, this does not take into account the indirect costs of litter –  social, environmental and economic. A new report, commissioned by Keep Britain Tidy from Eunomia Research & Consulting Ltd, explores these indirect costs and attempts to put a price on them – and the results make for some sobering reading.

Keep Britain Tidy  reviewed everything from crime to punctures and wildfires. For each potential impact, evidence from around the world is used to extrapolate the potential cost to society in England. For example, the contribution of litter to crime in England is estimated to cost up to £328 million (€416 million) a year. This figure is based on evidence associated with litter as a causal factor in crime. Keep Britain Tidy recently revealed that areas that were more littered were more likely to correlate with higher levels of crime. The report also looked at the material value of litter being lost to the economy. If we recycled 50 percent of items littered in England it would have an economic value of at least £14.8 million (€18.8 million).

Conversely the report also explored what people are willing to pay to live in a cleaner neighbourhood. Results showed the public in England collectively would be willing to pay at least £706million and possibly up to £7.6billion for a cleaner environment, clearly demonstrating the value people place on a clean environment.

Phil Barton, Keep Britain Tidy’s chief executive, said: „As a charity, Keep Britain Tidy campaigns for people’s right to live in places that are clean, safe and litter-free. It is important that we all understand just how litter and poor local environmental quality can adversely impact on both society and our economy. What this report shows is that the actual price we all pay to clean up the rubbish is just the tip of the iceberg. More work is needed to fully understand the hidden cost of litter and there is no doubt that there are gaps in our understanding, but what is clear is that the bill for litter in England is significantly more than the direct costs of keeping our streets clean.“

And he added: „Everyone who has a part to play in solving the problem of litter – government, businesses and communities – should see this report as a wake-up call, especially for political parties in the run-up to the General Election next year. Clean streets, parks and beaches should not be seen as a ’nice to have‘. The price we all pay because of litter is too high and prevention of the problem should be as seen a priority both for communities, the economy and the environment.“

Full report and report summary can be found under keepbritaintidy.org. 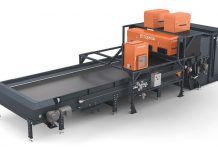