Gothenburg, Sweden — The fuel cell technology company PowerCell has announced a technology developing project to convert toxic waste from olive oil production into electricity. Biogas2PEM-FC is an EU project that PowerCell coordinates. Together with partners from Spain, Greece, Sweden and the UK, a complete pilot plant has been built in Andalucía, Spain.

The waste from olive oil production is environmentally harmful and costly to dispose of. It contains pesticides and toxic organic compounds, it is also acidic and has a high salinity. Currently the waste is turned to landfill, but which is very costly and becomes a major environmental problem.

The Biogas2PEM-FC project is an EU-funded project that PowerCell coordinates. Together with partners from Spain, Greece, Sweden and the UK, a complete conversion system has been developed. The project started two years ago and was finished October-end, 2014.

The goal of the project has been to develop a technology to convert waste from the olive oil production into electricity. A three-part subsystem was developed: The primary step is an anaerobic digestion reaction to produce biogas from the waste, the second step is a reformer to convert the biogas to a hydrogen rich gas (reformate), and a last step the fuel cell system to make electricity from the reformate gas.

The focus has been the research and development of technologies in the various subsystems and a complete plant has been built and is now demonstrated on an olive farm in Andalucía in Spain.

Technology to be used with other agricultural waste

The project is now in its final stage and a complete pilot plant has been built and tested on the cooperative of San Isidro de Loja, Granada. The solution developed in the project makes use of a waste that is toxic and converts it into electricity and heat that can be used by the olive mill. The plant in Andalucía includes the reprocessing of waste from olive oil production, biogas production from waste, reforming of biogas, as well as a fuel cell power generation system from reformate gas.

“With this concept we solve two problems at once. We deplete toxic waste while producing electricity and heat on a small-scale, environmentally friendly way, without any harmful emissions. This solution has a very high potential. It is estimated that up to 30 million cubic meters of wastewater is produced annually, during a three to four-month period; on an olive oil plant, water that can be used in biogas production. The technology developed in this project can also be used with other agricultural waste”, said Per Ekdunge, Project Coordinator, and Vice President and CTO of PowerCell Sweden AB. 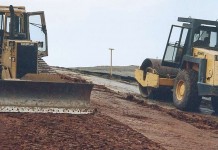 UNEP: Global illegal trade and dumping of hazardous waste est. at US$ 10 to 12b