Lisbon, Portugal — The International Lead and Zinc Study Group held its Fifty-ninth Session in Lisbon, Portugal from 16-17 October 2014. The Session included a meeting of the Study Group’s Statistical and Forecasting Committee to review the current levels of world supply and demand for lead and the outlook for 2015. A number of speakers made presentations containing valuable information about current trends and issues in the global lead sector.

China, despite a further increase in automotive output and an expansion in the construction of mobile phone base stations that require industrial lead-acid batteries for back-up power, demand growth is expected to slow to 2.5% in 2014 and 2.9% in 2015. This is mainly due to a slowing of the increase of output of e-bikes that account for a significant portion of Chinese automotive lead-acid battery sales.

Concerning lead supply, increases in Australia, China and the United States are expected to more than offset a fall in Canada resulting in a rise in world lead mine production of 2.4% to 5.56 million tonnes in 2014. In 2015, additional increases are forecast in Australia and China and these will be the main influence on a further rise in global output of 5.5% to 5.87 million tonnes.

A decline in United States refined lead metal output this year is principally due to the closure of Doe Run’s Herculaneum operation at the end of 2013 and the shutdown of Exide Technologies secondary plant in Vernon, California in March. Similarly a reduction in Peru is a consequence of the closure in June of the La Oroya plant formerly owned by Doe Run.

World production is forecast to rise by 1.5%

Overall, after having taken into account these closures together with anticipated rises in China, Belgium, Italy, India and the Republic of Korea and reductions in Australia and Japan, world production of refined lead metal is forecast to rise by 1.5% to 11.29 million tonnes in 2014 and a further 2.2% to 11.54 million tonnes in 2015.

The latest information received by the International Lead and Zinc Study Group indicates that global demand for refined lead metal will continue to exceed supply by a modest amount in both 2014 and 2015. The extent of the deficit is estimated at 38kt this year and 23kt in 2015.

Further information on the topics covered by this Press Release can be obtained on the ILZSG website at ilzsg.org as well as copies of papers presented at the Joint Seminar and the ILZSG Session. 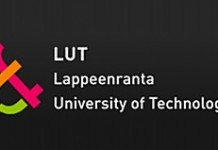 Recovering lithium from natural salt pools – with purity up to 99.9 per cent