On 18 October 2022, a working draft copy of the European Commission’s draft Packaging and Packaging Waste Regulation (PPWR) was leaked to the public. Since then, there has been a significant outcry by some industry stakeholders, relating to certain sections of the regulation and/or its annex.

While some of the issues raised may have merit and be worthy of further consideration, the official release of the draft PPWR should not be delayed beyond 30 November.

The PPWR is in line with Europe’s goals regarding the preservation of resources which are packaging materials and avoiding wasting these resources by collecting, processing and recirculating them back into the European economy. We believe that a well-functioning single market necessitates base standards and requirements that are consistent in all Member States, as well as comprehensive. Targets and timelines allow for planning for transition and innovation, as well as offering investment security for European businesses in the business of circular economy.

The EU legislative process is intended to make proposals better. We support the overall direction and ambition of the proposal and rely on the ordinary legislative process – a democratic process – and urge the European Commission to submit its proposal to the Council and the European Parliament on 30 November as planned so that the ordinary legislative process can begin. Delaying its publication beyond this date will make it difficult to finalise the discussions before the end of term of this legislature, creating further legal uncertainty and missing out on an important opportunity for a timely creation of a circular economy for packaging.

This paper is supported by multiple stakeholders from NGOs, industry, and civil society, signed below: 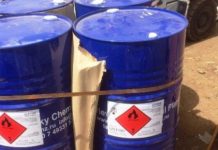 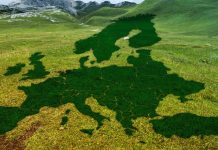