The substance graphene can become increasingly important as a component in textile catalysts when purifying water from textile dyeing as has been shown in a recently completed doctoral project at the University of Borås.

In his project, Milad Asadi, a new doctor in Textile Technology, has modified conventional yarn by encapsulating iron particles in graphene and developed a multifunctional smart e-textile. The focus was on developing a method for purifying wastewater from textile dyeing. The smart e-textile acts as a catalyst that causes the substance hydrogen peroxide to be formed, which is needed in order to break down pollutants in wastewater.

The project has generated a complete textile reactor for the treatment of wastewater through the so-called electro-Fenton technology, which is mainly used industrially to purify wastewater. The novelty of the technology is to use the properties of both graphene and iron, which is the main catalyst.

“Previous research has mainly been about the treatment of wastewater by using chemicals to break down the textile dyes. My project is the first where graphene, which is electrically conductive, is used to encapsulate iron. The e-textile can also be used several times, unlike when chemicals are used and which are then rinsed off. The challenge in the project was to scale up the technology so that the treated yarn can be fed into automatic knitting machines”, explained Milad Asadi.

The e-textile catalyst can be reused and hydrogen peroxide is formed internally inside the reactor, which reduces the use of biological catalysts, making the technology more sustainable compared to chemical methods. 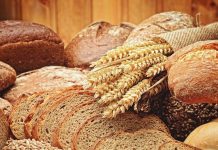 „Abfallgebühren“ – Seminar am 8. September 2022 in Hannover