Washington, DC – The Institute of Scrap Recycling Industries (ISRI) has released a call for entries for the 2015 Design for Recycling (DFR) Award. The DFR Award is ISRI’s highest award given annually to the most outstanding contribution to products designed with recycling in mind. It recognizes proactive steps made by manufacturers who have actively incorporated DFR principles into products and processes.

“When designing a product, manufacturers should be giving just as much of a priority to the product’s ability to be recycled as manufacturers do cost, appearance, and other factors,” said Robin Wiener, president of ISRI. “Effective recycling begins at the drawing board. ISRI is looking to reward companies, designers, and manufacturers with the mindset of producing products that can be recycled safely and with ease, thus benefiting both the environment and the economy.”

To be eligible for ISRI’s Design for Recycling Award, a product must be designed/redesigned and manufactured to:

Interested parties can enter online before the January 31, 2015 deadline. The winner will be announced at the ISRI 2015 Convention and Exposition to be held April 21-25 in Vancouver, Canada. 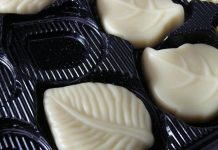