Bratislava, Slovak Republic — The Slovakian Ministry of the Environment has to prevent damages and fines that threaten the Slovak Republic from noncomplying to the requirements of the European Commission. These had been criminally neglected by the previous leadership of the Ministry of the Environment, even though they should have been addressed by the end of 2010. Therefore the Ministry will not continue in the legislative process of the Waste Act, but prepared a short amendment instead to the current Act to introduce European legislation into national laws according to EU requirements. It shall be submitted by the accelerated legislative procedure.

Shortly after the onset of the current government the Ministry of the Environment presented a new Waste Act in the legislative process. According to the previous leadership, the Act was complete and ready after an expert discourse and it was supposed to resolve disputes with the European Union. It should comprehensively regulate issues of waste as well as of packaging. These are both extremely complex subjects with a particularly extensive economic impact on large sections of society, from producers, processors, to municipalities, government and even the state.

Reality, however, shows that the law is bad. The result of commenting procedure is more than 2.800 comments, of which more than 1.800 are crucial. Just to eliminate contradictions would take months, a time that the Slovak Republic does not have if it wants to avert sanctions from Brussels. The Ministry was prepared for this possibility. The situation will be resolved by a short amendment to introduce the applicable European legislation into national laws.

Results of commenting procedure will not end up in the trash. The new, now ready and actually debated Waste Act will take into account all comments. It will propel Slovakia towards modern European countries and remain a priority for this term. It does not make sense to adopt a law that runs counter to the fundamental opposition of the general and professional public, municipalities, and state administration.

Source: The Ministry of the Environment of the Slovak Republic 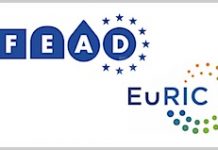 FEAD and EuRIC: Pull measures needed to boost the use of secondary raw materials