Brussels — The sustainable supply of phosphorus, a key and irreplaceable resource for soil fertilisation, was identified in the 2011 Roadmap to a Resource Efficient Europe as an important factor affecting sustainability and long-term global food security. The Roadmap called for further research to identify how improvements in fertiliser use, food production and bio-waste recycling could reduce the EU dependency on mined phosphate. So in July 2013, on the basis of an explicit commitment in the Roadmap, the Commission published a Consultative Communication on the Sustainable Use of Phosphorus.

The Commission received 125 replies from around 150 stakeholders, with around half addressing all questions. The replies included responses from nine Member States administrations (Belgium, the Czech Republic, Estonia, Finland, Germany, Ireland, the Netherlands, Sweden and the United Kingdom) and input from other public authorities, such as government agencies and local authorities. Contributions were also received from a wide range of other stakeholders, including NGOs, industry associations, research bodies, single businesses and private individuals.

The replies to the Consultative Communication highlighted clearly that closing the phosphorus cycle is both possible and desirable; a need for action was identified in relation to various policies and stages of the cycle.

In terms of ascertaining the extent of phosphorus supply and demand, while the Communication represented a good starting point, the replies pointed to a need to increase the knowledge base. Information on flows and reserves should be more transparent and reliable and should cover more sources and geographical areas. It was suggested, for example, that the EU should establish its own research into demand-supply issues or that it should work with the United Nations or other platforms. Definitions need to be harmonised and a common language adopted if the knowledge base is to be improved.

Security of supply is an issue for most stakeholders. There were calls for the EU to secure its agricultural and food production by seeking greater independence of supply, regardless of worldwide reserves. Work on cooperative agreements with producing countries and technology transfers could help bolster security of supply, while enhanced recycling could reduce the need for phosphate rock. The quality of imported phosphate rock is another important issue to be addressed.

Most respondents agreed on the need for EU action to handle the risk of soil contamination. Cadmium in phosphate rock was the contaminant referred to most often, but not the only one. Clear standards based on scientific evidence were suggested as a means of addressing this issue. The use of recycled phosphorus can be an effective way of avoiding the introduction of new cadmium into the environment, but attention should also be paid to other unwanted substances that could be contained in the recycled products.

Various opportunities were highlighted for preventing and reducing losses from food waste and other bio-degradable waste. Drivers or incentives were called for in order to encourage more phosphorus recovery and loss prevention. While recycling could play a role in various processes and waste streams, many respondents emphasised prevention, highlighting separate waste collection and appropriate treatment as key elements. All approaches involving the reuse of phosphorus from food waste or other biodegradable waste should ensure the quality of the recycled product and the availability of sufficient information on its agronomic characteristics.

Finally, the consultation demonstrated that more work is needed on awareness-raising. The sustainable use of phosphorus is gaining visibility but has yet to attract the attention of the wider public. Likewise, the fact that most replies came from a limited number of Member States indicates the need to widen the geographical scope of activities on the issue. Initiatives such as the first European Sustainable Phosphorus Conference, which took place in March 2013, the national phosphorus and nutrient platforms and the European Sustainable Phosphorus Platform have been commended as contributing to the achievement of this goal and raising public awareness of the need to close the phosphorus cycle.

The full results of the Consultative Communication from ec.europe.eu. 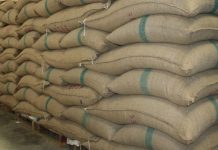 New methods to recover and recycle phosphorus from fly ash