Recovered fibre plays growing role in paper and board production

New BIR study on paper and board recycling.

More than half (50.2%) of global paper and board production in 2018 was made out of recovered fibre. And of the 211 million tonnes produced using these fibres, some 86 per cent were packaging materials while newsprint accounted for around 5 per cent, printing/writing 4 per cent and tissue also 4 per cent.

These are among the key findings of a new statistical analysis developed by BIR on behalf of its Paper Division for the benefit of its members and of the sector as a whole. In a bid to identify the key global recovered fibre trends, BIR received support from the European Recycling Industries’ Confederation (EuRIC) in drawing together and assimilating data from a number of authoritative sources – including RISI and the Confederation of European Paper Industries (CEPI), as well as from divisional information stores. Furthermore, experts within BIR have used their in-depth industry knowledge to calculate recovered fibre incorporation rates in paper and board production around the world.

Writing in the introduction to the report, BIR Paper Division President Jean-Luc Petithuguenin of Paprec in France explains: “From our statistical base camp, we have set out to make reasoned calculations that have enabled us to quantify the massive contribution made by recycled fibres as an environmentally beneficial component of global paper and board production.”

More than 250 million tonnes of recovered paper was produced worldwide in 2018, of which Asia accounted for some 43 per cent, Europe approaching 27 per cent and North America nearer 21 per cent, it is reported. And despite a 38 per cent year-on-year fall in Chinese imports in 2018 owing to changing import rules, Asia remained the main export outlet for European and US surpluses of recovered fibre. The report also includes statistics on pulp and on paper and board production by product segment.

By undertaking such studies, it is possible to “identify and quantify the emerging trends around which we can base our present-day business decisions”, states Mr Petithuguenin. Furthermore, such analyses provide the recycling industry with statistical support when explaining the positive environmental and economic contribution of paper and board recycling to legislators and policy-makers globally.

The collated data “illustrate the importance of recovered fibre in the production of paper and board around the world, particularly in the growing packaging segment”, it is concluded. At the same time, the report identifies scope for “significant increases in the use of recovered fibres, including in the printing & writing segment and in some emerging regions of the world”. 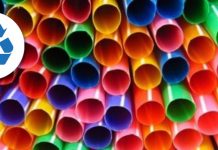 PTS Online Seminar: Recyclability of paper & board based packaging, September... 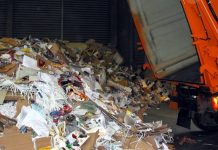 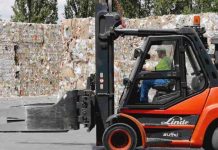