European Bioplastics, the association, representing the bioplastics industry in Europe, is pleased to announce the appointment of Joanna Dupont-Inglis as new Head of European Public Affairs. She assumed her position on 1 June 2020 and will be based in Brussels.

Bioplastics play a crucial role in helping to achieve the European Green Deal. The deal includes the European Union’s transition to a real resource-efficient economy with zero-net-green-house-gas-emissions by 2050. “I’m delighted to take up the position as Head of EU Affairs at European Bioplastics. Being the first contact point for decision makers and other relevant political stakeholders in Brussels, I’m looking forward to highlighting the important contributions that bioplastics make towards achieving the EU’s ambitious Green agenda,” says Dupont-Inglis.

“With her broad experience in the bioeconomy, we are very happy to have Joanna on board. EUBP has been working together with Joanna for many years. Besides her outstanding technical and political expertise, we also know her for being a strong team player with a remarkable social competence”, says François de Bie, Chairman of EUBP. “This year can be considered of key importance for the bioplastics industry and Joanna entered at just the right time”, he adds.

Prior to joining European Bioplastics (EUBP), Joanna Dupont-Inglis held several senior positions at EuropaBio over a period of 10 years, including the Director for Industrial Biotechnology, Deputy Secretary General and Secretary General as of 2018. Joanna also chaired the European Bioeconomy Stakeholder’s Panel throughout the course of its four-year mandate and served for several years as a board member for Suschem, the Sustainable Chemistry Platform

Before her work at EuropaBio, Joanna Dupont-Inglis gathered comprehensive experience in the Brussels policy arena by working for the European Commission’s DG Environment and for two renowned Brussels-based public affairs consultancies. She holds a degree in Environmental Science and European Studies from the University of Sussex and is a board member of the Women in Life Sciences Network. 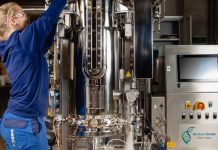 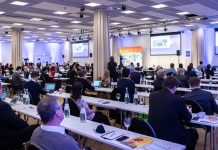 EUBP Conference 2021: The role of bioplastics within the European Green... 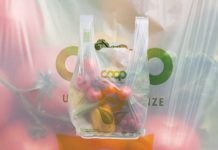