Geomega Resources Inc., a rare earth clean technologies developer for mining and recycling, is very pleased to announce that Geomega’s patent application US15/578,498 titled “A system and a method for metallurgical extraction of rare earth elements and niobium” has been approved for granting by the United States Patent and Trademark Office.

“The grant of this patent acknowledges that our unique process has been recognized and protected,” said Kiril Mugerman, President & CEO of Geomega. “The Montviel metallurgy research executed in 2014 and 2015 (See news releases from April 29, 2015 and May 20, 2015) led to these patents, and set the framework for how Geomega operates today committed to lowering the environmental footprint of processes to extract and separate REE, reagent regeneration and minimizing the amount of effluents and solid waste that are generated. Geomega is in discussions with potential partners to use this expertise in metallurgical treatment of REE to help develop a western supply chain.”

The technology has been developed by Geomega’s Chief Technology Officer, Dr. Pouya Hajiani, for the Montviel deposit and was tested in lab and bench scale. The patents cover an innovative approach by which Geomega was able to significantly reduce the reagents usage while producing high recoveries of both rare earths (REE) and niobium. By using hydrochloric acid (HCl) regeneration, Geomega demonstrated that a total of 58 kg of regenerated HCl were to be used per metric ton of ore to extract REE and Niobium. Furthermore, 91, 92 and 66 per cent overall recovery were achieved for Neodymium, Praseodymium and Niobium respectively. The process was designed to minimize effluent discharge and to integrate in situ acid and base production and regeneration in tandem with water recirculation in a plant powered exclusively by hydroelectricity in Quebec.

“With rare earths supply chains under the microscope again, efforts are underway by the US and Canadian Governments to bring critical materials production back to North America, which would favor Geomega. We believe that the Montviel rare earth property could become a long-term sustainable solution for rare earths supply and is therefore evaluating opportunities with several groups to advance the project,” added Mugerman. “Coupled together with our ISR technology, Geomega could ultimately deliver a complete solution of primary mining, recycling and separation all under one roof.”

The Corporation is advancing towards initial production from its demonstration plant to supply HHREE’s to North America and other parts of the world. Geomega also owns the Montviel rare earth carbonatite deposit and holds over 16.8M shares, representing approximately 19 per cent of the issued and outstanding shares of Kintavar Exploration Inc. (KTR.V), a mineral exploration company that is advancing the Mitchi stratiform copper project in Quebec. 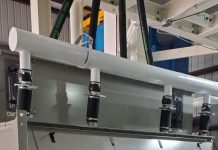 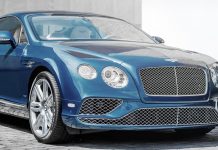