The United Kingdom is no longer seeking associate membership of the European Chemicals Agency (ECHA) after it departs the EU customs union umbrella next year, meaning that the country will have its own regulatory framework post-Brexit, according to a UK Member of Parliament.

Rebecca Pow, Parliamentary Under Secretary of State at the UK’s Department for Environment, Food and Rural Affairs (Defra), confirmed in a letter to the chair of the state watchdog the Environmental Audit Committee (EAC) that Brexit negotiators are not seeking to broker associate membership of ECHA. “We are not seeking associate membership of the European Chemicals Agency (ECHA) and participation in EU REACH,” she said, in a letter dated 22 May and disseminated by the UK Lubricants Association (UKLA) to its members on Thursday. “While the transition to UK REACH will take some adjustment, we believe that the benefits of having control of our own laws outweigh the costs,” she added.

No country currently holds associate membership status with ECHA but the UK’s regulatory overlap with the EU and its unusual position of shifting from an EU member state to a third country fuelled hopes that a new arrangement could be brokered. The UK’s Confederation of British Industry (CBI) has stated that the chemicals sector is among the industries with the least to gain from any deviation from EU norms, as the sector is so tightly regulated and the UK is so dependent on the EU as a market. 60 per cent of the UK’s chemicals exports flow to the bloc.

Lobbyists and industry have pushed for continued tight regulatory harmony with the EU post-Brexit, with former Prime Minister Theresa May singling out Reach in speeches as one of the regulatory frameworks the UK hoped to remain tied to. Chemicals has been mentioned in government updates alongside aerospace and pharmaceuticals as the sectors where it was hoped special arrangements could be agreed as recently as the end of 2019.

UK distributor trade body the Chemical Business Association confirmed that it had received notification of the plan last week and has been asked by the EAC to provide feedback, which is expected to be complete in the next few days. The UK Chemical Industries Association (CIA) stated that, while the best outcome for the sector would have been remaining within EU REACH, the specific mention of special arrangements for the chemicals sector in the UK’s free trade agreement proposals for the EU could provide some benefit.

“Whilst remaining part of ECHA and REACH would be the most effective means to minimise disruption to business, it is clear that both UK and EU that two separate legal frameworks will exist to regulate chemicals in the future,” said a spokesperson for the group. “Of key importance to our sector is that any future agreement recognises the economic and environmental logic of remaining closely connected to the REACH chemical regulation and to this end it is encouraging that the UK’s proposal for a Free Trade Agreement proposes a sectoral chemicals annex, underpinned by data and information sharing mechanisms and a Memorandum of Understanding,” he added.

Breaking away from EU REACH and establishing a domestic analogue to the system means that UK firms will have to transfer their registrations to an only representative in the EU to continue selling product into the region. UK firms and EU players planning to sell into the UK will also be required to go through the registration process afresh in the country.

The UK government has said that EU REACH registration data can be grandfathered into the local system, if other members of the consortia model used to amass information on chemicals in the system allow it to be used. It also means that EU players will need to register in a new system, while chemicals buyers such as automotive manufacturers who have managed to avoid direct involvement in the Reach process will now find themselves classified as importers directly subject to the registration rules. Registration costs are currently expected to be the same as for EU Reach, but will give players access to a much smaller market.

BASF has estimated it would need to register 1,300 substances with UK REACH, compared to 2,000 for the whole EU. At present there are estimated to be 700 chemicals UK firms use but are not produced domestically. At present the process will need to be completed within two years, compared to over a decade for EU REACH, although Defra officials have indicated this could be extended. “We recognise that businesses may find it difficult to obtain the necessary data within the two-year time period, so these time frames are being kept under active review as we said we would do,” said Pow.

UK lawmakers have so far rebuffed offers from the European Commission to extend the Brexit transition period in light of the coronavirus pandemic, meaning the country remains set to break away from EU law on 1 January 2021, after the most economically tumultuous year in nearly a century and with the potential for a second spike in infection rates during the winter. Ministers for the ruling Conservative Party have speculated that the final split from the EU taking place in the midst of a pandemic when normal trading operations are already below normal levels could reduce the impact of the need to shift to tougher customs borders, both across the Channel and on the Ireland/Northern Ireland border.

CBA chairman Darren Budd has described the dual challenges of coronavirus and Brexit as a “perfect storm” for the sector. “We live in unprecedented times – and times full of commercial, financial, and health dangers,” he said, speaking in April. The ramifications of the decision to abandon hopes for associate membership are almost too numerous to count, along with the increasing likelihood of tariffs on product entering and leaving the UK from the EU.

The shift will introduce issues that UK firms have not had to deal with in a generation, such as rules of origin, and stands to potentially break apart some of the complex interlinked supply chains that have formed between the country and the mainland. After years where many companies have held back on drastic responses to Brexit in the hopes that, ultimately, some kind of arrangement would be brokered for the sector, an unrelentingly dramatic year has suddenly become even more complex. 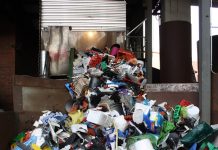 The “Recycling Supply Tracker” – a comprehensive view of the plastics sector 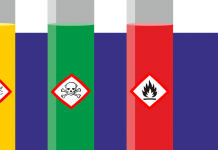