Brussels — The use of lead-based stabilizers in the production of PVC articles is decreasing fast. This is a result of the voluntary commitment of the PVC industry to replace lead based stabilizers before the end of 2015. On the other hand the use of lead and its compounds is also restricted by EU legislation through the RoHS Directive, the Packaging Directive and the ELV Directive. Lead and many lead-containing substances have recently been included in the REACH Candidate List, which might lead to inclusion in Annex XIV of REACH. A restriction proposal (REACH Annex XV) for lead in consumer articles which children can put in the mouth has recently been submitted for public consultation.

Legislation restricting the presence of lead in articles might have a negative impact on PVC recycling: lead-containing recycled PVC could no longer be used to produce new PVC articles. This could undermine the PVC industry’s commitment to significantly increase the volume of recycled post-consumer PVC waste and thus enhance the sustainability of the PVC chain. It would also undermine the goals of the European Commission with regard to resource efficiency. Indeed a restriction on lead in articles might result in using less recycled post-consumer PVC waste. As a result more PVC would have to be sent to landfill and incineration.

Commissioned by VinylPlus, the environment and engineering consultancy Tauw carried out an impact assessment of several potential policy options restricting the content of lead in PVC products. Results an conclusions are now published under „Impact of lead restrictions on the recycling of PVC“. Social, economic and environmental impacts related to these potential policy scenarios were assessed over the entire lifecycle of PVC profiles, pipes and fittings, flooring, roofing and electrical cables. These are key applications which are known to have contained lead in the past and which today are being recycled into significant amounts of new articles.

Tauw’s study shows that a potential restriction of a maximum lead content of 0.1 per cent would result in significant negative impacts on Europe’s economy (loss of jobs, fewer companies) and the environment (less recycling, more CO2-emissions, more resources used), without making a difference with regards to human health. On the other hand, a restriction with an exemption for construction products with a maximum lead content of one per cent  would allow continuing to develop PVC recycling, creating jobs and reducing CO2-emissions and resource consumption.

„Impact of lead restrictions on the recycling of PVC“ can be downloaded from vinylplus.eu. 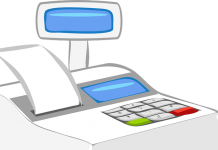