Throughout the Covid-19 pandemic, one of BIR’s key aims has been to seek out regular virus-related updates from around the world and to disseminate relevant information to the recycling industry. To this end, BIR asked for latest feedback during a virtual meeting of national association members on Friday May 15, of which the following is a summary.

China has lifted almost all of its lockdown restrictions but factories do not have enough orders to operate at full capacity, as well as insufficient markets to supply. In a positive development for plastics recycling, oil prices are improving slowly following their sharp decline; however, the costs of processing scrap are still greater than resale prices. At the same time, however, buyers have become increasingly selective about the quality of scrap they purchase. Some plastic recycling plants are going bankrupt and problems are being encountered with informal labour. In general, factories are producing at only around 30-40% of capacity. Demand problems will probably persist, with countries averse to buying from China not only because of virus fears but also as part of a bid to reduce their dependence on others – something which could dramatically change the Chinese business landscape in the years to come.

In India, trade associations are continuing to liaise with the government over ongoing port congestion, notably on having detentions lifted so as to reduce the impact on international trade. However, some port operators are not co-operating with government orders to grant waivers for ground rent. Overall, India’s lockdown measures are slowly being eased, although those factories that have reopened are operating at only 30-40% of production capacity and are also facing problems with payment delays and labour being unable to return to work. Nevertheless, the expectation is that Indian industry will become fully operational in the next few weeks.

The USA is continuing to report supply-side challenges in the face of strong demand. The Environmental Protection Agency is helping to urge the public to continue recycling, especially paper. Meanwhile, industry is concerned with liability exposure in the workplace and insurance coverage leaving out exceptional circumstances. The issue has been raised in Congress but nothing is expected to happen before June. There are no reports from the USA of problems with exports or export controls. Supply and demand are in reasonable balance, but at low levels.

Neighbouring Canada is very dependent on imports and exports, mostly with the USA, and this relationship will determine the former’s pace of recovery as its provinces begin to loosen virus restrictions. Canada is also focusing on green economic recovery with companies needing to show sustainability plans as a criterion to access government funding. For the moment, ports on Canada’s west coast are seeing a shortage of containers.

In Europe, a gradual economic reopening is taking place in many countries. In Germany, industry is restarting production to varying degrees and borders were reopened to the rest of the EU on May 15, thus alleviating logistics problems. Meanwhile, it is understood that 35% of association members in Germany applied for government aid under the furlough scheme in preference to dismissing employees.

Business lockdown restrictions have been eased for many in the UK. Some yards are only delivering or collecting but, while sales are a problem, business is slowly improving. New car registrations in the UK plummeted 97% in April, thus highlighting the severe pressure that the pandemic is applying to the secondary metals industry. For recovered paper, the drop in UK volumes helped to boost prices and restore margins but collections are slowly resuming. Indeed, prices are expected to decrease again as the EU reopens. In anticipation of a second wave of the virus, some mills have been overstocking.

In Spain, where virus infections are concentrated in particular around Madrid, Catalonia, Castilla la Mancha and Castilla Leon, industry activity has increased by some 15% in the last two weeks. Scrap yards are open but working levels are dictated by the varying flows of material. Depending on inputs, ferrous and non-ferrous operators are generally working at 30-50% of capacity, with very few nearing the more normal 60-75%. Heavy media plants are at typically 40-50% while around 70% of car dismantlers are closed. Textiles recyclers are working at approximately 30% of capacity and municipal collections are suspended, while tyre recyclers are at only 20-30% of capacity because car repair shops are closed.

In the Netherlands, recycling has been considered an essential industry throughout the crisis. Initially, many employees took a significant amount of sickness leave but businesses are now running almost at normal capacities.

Industry across Poland has been severely affected by the pandemic and scrap collections have also suffered. Copper collection volumes were down 30% in March and 45% in April, while a fall of 25% has been recorded for tin, 50% for lead and 75% for aluminium. Copper scrap has outperformed the other non-ferrous metals and is enjoying solid demand whereas aluminium has been hit hard by the difficulties of an automotive sector still in lockdown. New commercial vehicle registrations were down 60% year on year in April. A survey of association members reveals a 30-55% decrease in scrap collections depending on the size of the company; for May, expectations are of a 35-40% decline in collections compared to the same month last year. Meanwhile, negotiations are ongoing with the government regarding public aid, credit and potential suspension of payments.

Half of the regions of Russia still have restrictions in place on scrap collections, leading to a sharp fall in volumes; these were 50% lower in April than in the same month last year and the same is expected for May. Overall demand for scrap metals has fallen 30%. As Russia’s metallurgical and recycling industries are export-orientated, they have been heavily affected by the pandemic. Of specific concern to Russia has been the UAE’s decision to suspend ferrous scrap and recovered paper exports for four months (see BIR news item dated May 14 for more details). Although this measure is aimed at strengthening the UAE’s domestic demand, the Bureau of Middle East Recycling has warned that local industry will be unable to handle all available scrap and thus exports will need to resume shortly.

Meanwhile, an improvement has been witnessed in UAE exports to India but some customers are unwilling to pay up while containers are still detained in ports while others have no liquidity. The UAE economy is expected to reopen fully once Ramadan ends on May 23, at which point Saudi Arabia is anticipating an increase in its currently very low scrap export volumes.

Also in Saudi Arabia, it has been decided to increase VAT from 5% to 15% in July to help compensate for low oil prices.

Brazil is also worried about the UAE’s export restrictions and could retaliate. Meanwhile, industry closures in response to the Coronavirus have led to a 65% drop in scrap generation within Brazil.

Across in South Africa, there are reports of inconsistency in enforcing restrictions: for example, a dealer in Durban operating two yards 10 kilometres apart has been told by police that one can operate whereas access to the other is restricted. Volumes reaching scrap yards are very low despite the existence of demand. With an easing of lockdown measures expected in South Africa at the end of May, some suppliers are pushing to move to shorter-term contracts to mitigate potential risks. Meanwhile, exporters are facing problems in obtaining export permits for ferrous and non-ferrous scrap. 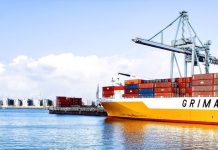 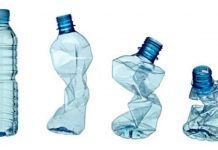 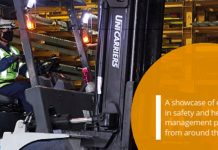