The e-Stewards Certification Program launched the 4th Version of its Ethical Electronics Recycling and Refurbishment Standard this week. The new, more streamlined version of the Standard has been under development by a special drafting committee since the summer of 2018. In the last few months it underwent two lengthy open stakeholder comment periods which ended a month ago according to schedule.

“The revision process was smooth and very constructive, and the result is a standard that is easier to read and execute and at the same time has probably become more rigorous in the areas that matter most – human health, export controls, and data security,” said Jim Puckett, the Founder and Executive Director of BAN, creator and Administrator of the e-Stewards program. “At a time when ethical behavior continues to be challenging for some, and a time when the industry is getting more complicated by the day, this version should be a welcome tonic for all stakeholders.”

Version 4.0 of the e-Stewards Standard has been shortened from 99 to 60 pages. The formerly incorporated ISO 14001 Environmental Management System language has been removed but the Standard still requires Certification to the ISO standard separately. And, by July 1 2022, it will also require the very rigorous NAID (National Association for Information Destruction) AAA data security Certification as well. Additionally, the e-Stewards program has a powerful performance verification program which goes beyond the yearly audits to uniquely make use of GPS trackers to randomly sample downstream destinations of equipment that passes through e-Stewards Recycling facilities, as well as unannounced inspections.

e-Stewards processors can continue to utilize the current version V3.1of the Standard until August 24, 2021 when it sunsets and Version 4 will be required by all e-Stewards Certified processors.

Some of the attributes of the new V4.0 of the e-Stewards Standard include:

“The e-Stewards Certification is truly a one-stop shop for industry leaders in the ITAD space,” said e-Stewards Program Manager Salomé Stähli. “Already we have attracted many of the world’s largest companies as Enterprise partners, including electronics manufacturers such as Sony, LG, Vizio, and Samsung. And, in the next 24 months we are poised to expand our footprint to 11 more countries. The new e-Stewards Standard V4.0 will greatly enhance the industry’s ability to offer gold-standard services from the smallest operators to transnational partners all over the globe.” 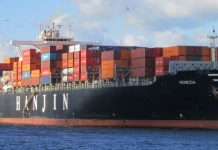 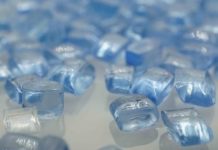 Setting transparency for the use of recyclates in plastic products