Brussels — According to PlasticEurope`s statistical monitoring of the European plastics industry by short-term view, the production quantities of primary plastics since May 2013 show a steady increasing trend. Also the plastics products production increased in the 2nd half of 2013, but with lower growth rates than for primary plastics. From May to September 2013, the production level remained on a significantly lower level compared to the months before, but latest production figures for October and November 2013 were on a higher level again.

Long time series shows strong growth for production of primary plastics and plastics products during the 1990’s and a more sideways development from 2000 to 2005. Plastics Machinery shows a more fluctuating development in long-term view. After strong growth in all the three segments in 2006 and more constant development in 2007, the effects of the economical crisis are clearly recognizable in 2008 and first half of 2009. Economic recovery in all three segments lasted from mid 2009 to beginning of 2011.

The manufacturing industry in the EU27 recovered in 2009 and 2010, but slightly decreased in 2011 and 2012. Time from January to November 2013 shows a very slight uptrend, but total production quantities further on remain slightly below 2012’s level. The automotive industry also recorded a decreasing production trend during 2012, but 2013 data shows a clear growth tendency again. Since 2011, the electrical machinery industry shows a slightly decreasing production tendency in total. Industrial production activity in the EU27 is still below the pre-crisis level.

All in all, uptrend in total manufacturing and chemical industry lasted until the first quarter of 2011. In the second half of 2011 and during 2012 redominantly slightly decreasing tendencies were recorded. Production indices in 2013 show a very slight uptrend at the end of the year. In 2013, the primary plastics sector shows a clearly stronger growth than the total chemical industry so far.

The full statistics can be found under plasticseurope.org. 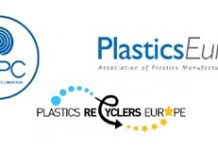 EuPC, PlasticsEurope and PRE against the Italian plastic tax 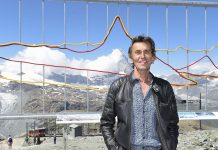 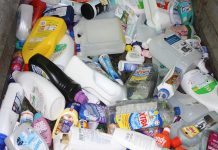