Genoa, Italy — After  the  June  meetings  in  Brussels,  it seems  that  the  European  Steel  Industry  has  finally  entered  the process of restructuring. The main problems are the environmental issues (basically the further reductions of CO2 emissions), the overcapacity (which affects the whole steel chain), the competition with other materials (less weight,  better mechanical  performances  and lower prices) and  profitability  (today  the raw materials  are more expensive than ten years ago, around 65 percent of total production costs instead of about 30 percent). The first, third and fourth of these issues are certainly affecting also the scrap recyclers.

The European Commission, pressed by the Steelmakers  lobbies, is working towards finding some resolutions  to help this restructuring process. Some of these resolutions could take a longer time to achieve the environmental target, an economic stimulus to develop new steel grades and cheaper production processes, and some protections in the raw material trading to cut costs. The scrap recyclers, who have to defend their business and margins, are today in a difficult  situation.  After some  years  of very positive  profitability  (five/seven  years  from 2002),  several recyclers  have  invested  a  lot  of  their  earnings  in  new  capacities.  Also  several  new  actors  started  this business trusting in an always long positive trend.

The recyclers also will take part

Today, due to the long economic recession, we are facing a higher recycling capacity on one side and on the other side a scrap generation which is around 30 percent less. All this means more competition, higher processing costs and lower margins. The final effects are underlined by the 2013 negative result (confirmed during the first half of this year) of several scrap recyclers, not only in Europe. It is necessary that the recyclers also will take part to all the deals at European level, as their job is an essential segment of the steel chain. Finally it must not be forgotten that the Chinese are exporting more and more steel products at very competitive prices, also in Europe.

As regards the June Italian scrap market, the prices fell up to 10€ during the first days, due to the strong steel mills aiming to reduce their industrial cost to balance the weak sales prices. During the last days of the month some small increases were reported, as the recycler will now try to increase their sale prices for the July deliveries,  before the forecasted  very long summer  stoppages.  The monthly  contracts  with the other European  suppliers  have been settled with price reductions  up to 5€. Deliveries  from trucks and wagons have been regular according to the contracts, but lower than the usual summer volumes, due to the lower scrap generation.

The arrivals at the Italian ports have been: abt 36 Kt for scrap, abt 107 Kt for pig iron and abt 64 Kt for HBI. Mills inventories  are now a little bit lower that the beginning  of June.  The weak steel product sales and prices suggest some EAF mills might start the summer holidays during the last week of July, to anticipate  the needed general maintenance,  hoping to start in September  with a better demand and higher production volumes.

July contracts will be conditioned by the lower Turkish mills activity due to the Ramadan, by the low scrap arising in Europe and by the Mill will to start the holidays with better scrap inventories.

The Government nominated a new Public Commissioner  for Ilva Taranto. He has been first given the task to work with the banking system for new credit lines to pay salaries and suppliers. The second step will be the revision of the business plan, balancing the environmental  targets with the production capacity and the appropriate industrial cost as the other competitors. People from ArcelorMittal have been in Taranto for about the past ten days: Will Mr. Mittal be the new Ilva shareholder, or will the Riva Family get back the Ilva property? This is the question.

Lower the reported pig iron arrivals, even if until now they do not seem conditioned by the turmoil in Ukraine. The inventories at ports and mills are always well recovered, thanks to the previous months strong arrival. The last pig iron offers are quoted around $400/405 pmt CIF for July/August shipment. The HBI received has been delivered from Libya and Russia. Last offers are reported around $365 pmt CIF Italy. 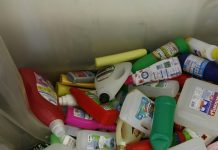