Brussels — FEAD, the European Federation of Waste Management and Environmental Services representing the private waste and resource industry, has welcomed the challenges set out in the European Commission’s proposals aimed at promoting a Circular Economy. FEAD President David Palmer-Jones said: “European waste and resource management industry welcomes the Commission’s package of proposals designed to promote a more circular economy and improve the efficiency with which resources including waste are managed in Europe. The direction of travel and the level of ambition set out in these proposals can only be applauded.”

According to David Palmer-Jones, the proposals present a considerable challenge, not only to the newer Member States but even to those countries which have already made good progress with managing their waste & resources. “The key question will be how these aspirational targets can be turned into reality on the ground. That will require considerable investment, most of which will come from the private sector,” the FEAD President added. FEAD  supports further  increases in recycling  as  part  of  the  move  towards  a  more  circular economy, and looks forward to working with the EU institutions on the practical steps that will need to be taken to turn the Commission’s ambitious vision into reality.

The European Plastics Recyclers too welcomed the proposed commission package on the EU circular economy. “The changes put forward by the Commission will enable a shift from linear to circular economy for plastics,” argued Ton Emans, PRE President. In his opinion, unlocking a circular economy will safeguard Europe’s economies by easing its dependency on imported raw materials. Yet, Ton Emans is missing a stronger push for quality recycling in the Commission’s proposal: “The quality of recycled plastics depends on the quality of collection and sorting. Therefore, stricter requirement on separate collection and high quality sorting are needed in order to reach high quality recycling.” So European Plastics Recyclers calls on all stakeholders to embrace this strategic objective in order to move to a recycling society by supporting the commission’s proposal.

The BDE Bundesverband der Deutschen Entsorgungs-, Wasser- und Rohstoffwirtschaft e. V. appreciates the EU commission`s proposal package. BDE President Peter Kurth underlined: „With a really closed loop recycling management, the European economy could save costs of up to 600 billion euros of raw materials. In times of rising energy and labour costs savings in this order of magnitude virtually represent an economic situation package for the economy free of charge. The public will to support the recycling efforts actively is likewise present, as the results of a survey accomplished by the commission show. Now a stable and aligned order framework for European waste policy is still needed.“ 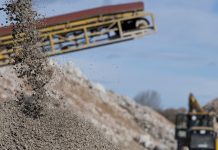 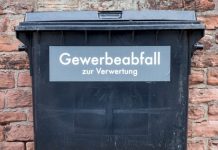 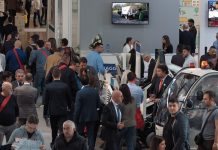