Hamburg — Large-scale biomass plants can be effectively operated to provide balancing power to the grid. Smaller-scale biomass technologies can turn local communities into real bioenergy villages where citizens and farmers are also owners of bioenergy plants:The versatility and unrivalled multi-functionality of bioenergy at all levels and its huge potential to generate jobs and growth were extensively discussed at Monday’s opening session of the 22nd European Biomass Conference and Exhibition in Hamburg. The advanced biofuels industry was successfully demonstrating its capacity to deliver results at a commercial industrial scale.

Clemens Hoffmann, the general chairman of the conference and Director of the Fraunhofer Institute for Wind Energy and Energy System Technology in his opening statement gave an outline of the fundamentals of the design of the German Energiewende. The ambitious design encompasses not only Electricity, but Heat and Transport as well. This future system can only meet the high reliability standards of Germany if a non-volatile source of renewable energy is available. He made clear that the politically agreed biomass potential in Germany is sufficient to cover the larger portion of the needed amount of backup energy already today.

He stated that it is prohibitive for the success of the Energiewende to endanger one of the important key elements by the present policy making in Germany. The damage presently being done extends further to the young German biotech industries. The conference is showing that on the global markets many international industry players have picked up the earlier German momentum and are rushing to occupy the vacuum that Germany is about to create.

Opportunities of the biorefinery plant

Dario Giordano, BioChemtex, introducing the well-known 2nd generation Proesatm technology, presented impressive figures about the socio-economic opportunities that could be achieved in Europe by the replication of the biorefinery plant successfully demonstrated at the company’s site in Crescentino, Italy. According to his estimates there is sufficient biomass available sustainably for at least 50 to 100 such plants across Europe, meaning a potential to generate 20.000 direct and indirect jobs, plus an additional turnover of 1.2 billion Euro for agriculture and more than 15 billion Euro of industrial investments.

Åsa Burman presented the latest achievements of the wood-to-biomethane project Gobigas in Sweden. The project aims at demonstrating large-scale gasification of biomass for the production of bioSNG and biomethane that can be injected into the existing gas grid. So far, production has started at the site in Göteborg, though the quality of the gas has not yet reached the required standard for grid injection. Once fully operational, this plant will be the first of its kind and scale to continuously produce biomethane from forest residues as well as heat and electricity. The biomethane indeed will be used as transport fuel as Sweden already has a tradition in gas vehicles.

Jan Grundmann, Vattenfall Europe New Energy, explained how biomass power plants already play an important role in stabilizing fluctuating power feeds deriving from PV and Wind and thus providing balancing power on schedule. At least 30 biomass CHP plants are already providing balancing power in Germany (10 per cent of the units). This can be achieved by modulating the load of electricity production in flexible solid biomass power plants and by shifting life steam to heating systems when these are coupled with biomass plants. Moreover, he spoke about how securing biomass supply is a fundamental issue for the biopower sector, how to accomplish this task and how existing projects based on short rotation plantations in northern Germany are expected to contribute to this.

Thomas Krause, Viessmann Group,explained how innovative concepts and advanced bioenergy applications can be effective also when applying smaller scale technologies, such as the case of bioenergy village projects that Viessmann is developing i.e. in Wettesingen, Germany. “The sustainable energy era has to come bottom up”, he said, explaining how a bottom-up approach involving citizens and local authorities since the early stages of project feasibility is essential to build the necessary consensus and acceptance. He also reminded how biomass heating is still a sleeping giant, whose great GHG emission reduction potential has been so far too often neglected.

An increasing important role to play

Despite short-term challenges, bioenergy has an increasingly important role to play in all end-use sectors. However, a stable long-term policy framework is vital for further growth of bioenergy and this must include a solid sustainability framework to ensure a positive impact of bioenergy development. These statements delivered by Paolo Frankl, IEA, summarized the main points discussed and unanimously emphasized by all the panelists at the political opening session, moderated by the conference general Chairman Clemens Hoffman, Fraunhofer IWES.

Marko Janhunen, UPM biofuels and chairman of the Leaders of Sustainable Biofuels, a coalition of diverse advanced biofuels producers, emphasized how this sector is ready to take advantage of the opportunities offered by the current context and of the technological leadership of Europe to date. He said there is still a large availability of sustainable raw material for advanced biofuels, compared to the current use of wood for traditional applications, “I would be surprised if by 2020 advanced biofuels would consume more than 10 per cent of wood raw materials available” he said.

Daniel Hölder, German Bioenergy Association, showed the achievements in terms of installed capacity and energy generated by the German bioenergy industry (covering 65 per cent of renewable energy production) and how this is ready to accept the challenge to play a leading role in the renewable energy mix, especially when coming to load flexibility and base load supply. However he warned that the revision of the German renewable energy law (EEG) expected by 2014 may seriously damage the industry, by limiting new installations to 100 MWe per year, while also removing support to energy crops. “Since the potential of cheap biowaste is already tapped, we can expect less than 10 MW of new installations“, he concluded.

Paula Abreu Marques, DG Energy, confirmed that the important role of biomass is acknowledged by the current and future energy policy framework, not only to achieve 2020 targets but also for the 2030 scenario.  She also expressed her wish that the leaders of national governments will go for the most ambitious policies that the EU needs.

Giovanni De Santi, DG JRC, pointed out that ensuring sustainability along value chains is a key issue that must be absolutely addressed by policy makers as soon as possible, building on the extensive scientific evidences available today on how to calculate carbon stock and GHG emissions of any bioenergy pathways. However he said: “Sustainability should be considered for the entire energy system and not only for each technology, we should not debate which technology is best but rather how to integrate them”.  Humberto Delgado Rosa, DG Climate, also emphasized how “It is inescapable that there will be a major role for biomass, so it is important to reach agreement soon on ILUC and biofuels”.

During the final panel discussion, Melinda Crane, Deutsche Welle, challenged the panelists to give their view on which chief elements should be included in a global action plan to mobilize biomass and fully deploy its potential. Better communication and more information for European citizens on the subject of sustainable bioenergy and how important is all this in a long term scenario were the key points mentioned by Thomas Krause and Daniel Hölder and Paolo Frankl.

Further information can be found under eubce.com. 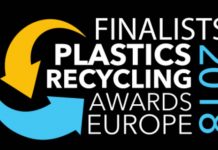 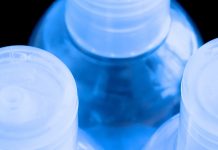 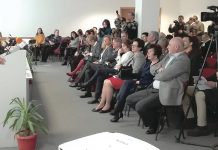 Save the Planet: Exhibition on South-East Europe waste management