Cologne, Germany  — By 2020, around 14 billion EUR will be invested in European glass factories. The plants have to be modernised to comply with the new limit values of the Industrial Emission Directive (IED), which will result in annual investment increases by up to 50 per cent. These are the results of a study by the German consultancy ecoprog. The European Industrial Emissions Directive (IED) came into force in 2013. For the first time ever, it defines obligating limit values for air and water emissions in different industrial sectors.

These limit values are effective throughout the EU and the affected industries have to implement them by 2016. Their respective limit values are defined in the so-called BAT reference documents and their legally binding summaries, the BAT conclusions. The glass industry was one of the first sectors these BAT conclusions have been published for. Such specifications are a completely new issue for the companies and therefore result in considerable uncertainties. Their implementation will thus also give a signal to other industrial sectors.

420 large glass factories have to comply

More than 420 of the largest European glass factories have to comply with the new emission limit values (ELVs). The ELVs for nitrogen oxides and sulphur oxides will be particularly challenging for many glass factory operators, both in technical and financial terms. This means that most glass manufacturers have to invest in modernising their glass factories. Funds will go to optimising individual production processes or to new technical components for flue gas cleaning, furnace technology or sealing the melter. According to a survey for this study, many operators in Eastern Europe are also considering to construct a new glass furnace.

The IED does not only force the manufacturers into unscheduled investments. They also have to prepone routine investments as they have to comply with the ELVs at a specific date. Up to €2.7 billion will be invested in European glass factories in 2016 and 2017. This investment sum will then decrease to around €1.5 billion in the subsequent years.

Investments will increase the most in regions with so far less strict legal frameworks, as is the case in many Eastern European states. However, there are also many glass factories lacking state-of-the-art technology in countries such as France and Spain. By 2020, about €2.3 billion will be invested in glass factories in Eastern Europe and €4.1 billion in Southern European plants. This is an increase of up to 50 per cent compared to the average investments of the past years.

Germany is most important market

With a market volume of about €3.1 billion EUR, Germany will remain the most important national market by 2020. The country has the most glass factories and the largest glass production in Europe.

In light of this development, ecoprog has collected information on the affected glass factories and calculated the investment potentials by country. The study “Glass Factories under the Industrial Emissions Directive” can be ordered at ecoprog.com. 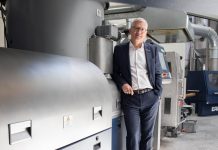 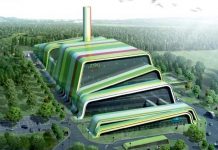