Use of Chromium Trioxide in Tinplate and Tin-free Steel

APEAL, the Association of European Producers of Steel for Packaging, is disappointed by the resolution, voted 21st March by the Environment Committee of the European Parliament (ENVI), calling on the European Commission (EC) to refuse to grant authorisation for continued uses of chromium trioxide.

This resolution, tabled by the ENVI committee and brought forward by Bas Eickhout MEP and Martin Häusling MEP, has been opposed by major political groups within the European Parliament (EP). Nevertheless, it was adopted by the ENVI committee with 20 votes to 16 and three abstentions. It will now move forward for a vote at the EP Plenary meeting which is scheduled for next week. Last 15th February, the EC’s REACH committee had agreed to the authorisation for continued uses of chromium trioxide in many industries, including the automotive, aerospace, defence, as well as for the passivation of tinplated steel (ETP) and Tin-Free Steel/Electrolytic Chromium Coated Steel (ECCS).

Between 4,000 and 7,500 jobs in Europe would be directly threatened

During this vote, 24 of the 28 Member States had supported the EC conclusion that granting authorisation is justified for these applications. This conclusion is based on scientific advice from the European Chemicals Agency’s and Member States’ delegated experts in the Risk Assessment (RAC) and Socio-Economic Analysis (SEAC) Committees, and is also following many years of analysis by the EC itself. APEAL members are conforming to all their regulatory obligations, including REACH. Our sector is planning to phase out these uses in the coming years once the alternatives that APEAL members themselves are developing have been qualified by the supply chain to ensure continued product and consumer safety.

In the preparation of the vote in the EP plenary, APEAL calls upon MEP’s to consider the consequences. If members of the association are no longer in a position to use hexavalent chrome substances like chromium trioxide in their processes before the qualification of these alternatives can be completed, it is estimated that between 4,000 and 7,500 jobs in Europe would be directly threatened within APEAL member companies, in addition to wider economic impacts of the supply chains not being able to source steel for packaging in Europe.

As such, APEAL urges MEP’s to vote for supporting the EC in moving forward and granting authorisation for continued uses of chromium trioxide. 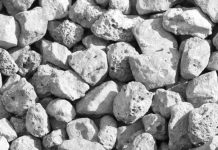 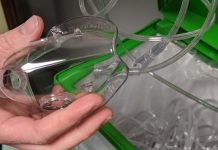