Brussels — “There are eight common ways of gaining entry into a container in less than 35 seconds,” the BIR International Trade Council (ITC) meeting in Miami on June 2nd was told by Ray Fernandez. While global container security has been built around the bolt seal, it can be “bypassed”, “doctored” and “manipulated” in a variety of ways, he insisted.

The Vice President of US-based Sealock Security Systems supported this observation with some video footage showing “how simple it is to defeat a conventional bolt seal”. The guest speaker said “it’s really mind-boggling how innovative and precise these criminals are”, while ITC Chairman Robert Voss CBE of UK-based Voss International described the video evidence as “quite frightening”.

According to Mr Fernandez, products such as those offered by his own company make it possible to identify where a theft “event” has occurred and to obtain recourse, while at the same time protecting the relationship between the buyer, seller and transport operator. “We’re not going to stop cargo theft – that’s impossible, we know that,” he declared. “But you can certainly take informed steps to mitigate many of these nuisance problems.”

The wide-ranging subject matter at the ITC meeting also included an acknowledgement from Tshanda Kalombo of the US Department of Commerce that the recycling industry “has a very important story to tell” but is “not that well understood”, thus leading to “unfortunate regulatory and policy approaches”. The Senior International Trade Specialist outlined how Transatlantic Trade and Investment Partnership negotiations between the USA and European Commission are intended to, where possible, eliminate tariffs and non-tariff barriers as well as reduce those costs to businesses associated with differences in regulations and standards. In this context, she appealed to the recycling industry to come forward with information on “the issues you’re running into”.

In the final guest presentation at the ITC gathering in Miami, Bob Yang of the China Entry-Exit Inspection & Quarantine Association Reused and Recycling Branch (CIQAR) confirmed “a downward trend” in Chinese scrap imports, mainly owing to “volatility of market price and more trade difficulties”. However, he underlined that China continues to be “the biggest consumer market in the world” and one “still full of potential”.

In the first quarter of this year, China imported 10.66m tons of scrap as raw material or 10.4 percent less than the 11.9m tons in the same period last year; the value of those imports fell 11.3 percent from approaching US$ 7.8bn to just under US$ 6.9bn. Also in the first quarter of 2014, China’s CIQ inspected 75,200 batches of imported scrap – of which 55 were rejected, the speaker pointed out. 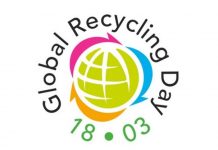 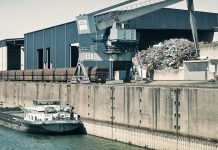